Smoking has been a hot-button issue and topic for casino workers in Atlantic City for more than a year now. Workers opposed to smoking on casino floors have staged a walkout outside the Hard Rock Casino after a scheduled panel discussing a proposed ban on smoking during a casino conference was snuffed out on Thursday. Workers immediately reacted to this surprise development, arguing that casinos are only interested in the bottom line at the expense of workers’ health.

Smoking Ban Remains a Top Priority for Many Casino Workers

The smoking ban issue is not one that can simply be ignored or taken off the schedule, though, with those opposed to smoking on gaming floors now involving New Jersey Governor Phil Murphy and more than half of the state lawmakers. But despite the wave of support, actual legal action has been scant. Neither the Assembly nor the Senate has appointed a hearing to look into the argument, and attempts to broach the topic with industry people have hit a dead end as the latest developments showed, the Associated Press reported.

The East Coast Gaming Congress would have made a good venue to raise workers’ concerns and hear various input, including from the industry that opposes a smoking ban on qualms that economic recovery may slow down as a result.

The conference was supposed to also include experts and attendees from out of state, including casinos workers from Pennsylvania and Rhode Island. Both of these states have had tremendous success in getting casinos and lawmakers to back them up on a smoking ban, albeit in some cases, there was also strong opposition, such as with Rhode Island’s casinos.

Nevertheless, Pennsylvania has served as a good litmus test proving that economic viability will not be impeded by the prohibition of indoor smoking, something that New Jersey casinos have argued would be the case. The Casino Association of New Jersey, a trade body, has been firmly opposed to a smoking ban as of right now. People were understandably miffed when the Associated Press interviewed them.

Lawmakers Happy to Help, But Not Helping at All

“We’d lose money, and money is more important than casino workers’ lives,” one Borgata live dealer said. The media reported that the panel fell through after Resorts Casino President Mark Giannantonio, the representative for the gambling industry in New Jersey, withdrew from the discussion, but did not share why.

Meanwhile, Gov. Murphy is still determined to sign a bill that helps prohibit smoking on gaming floors. This, however, would require support from lawmakers who have not started working on this legislation. All of this stalls the ultimate goal which is to make sure 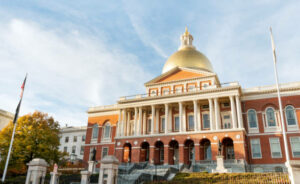 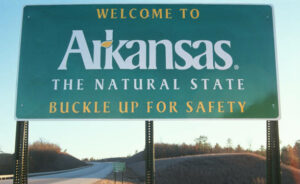