The Shoalwater Bay Indian Tribe appealed to the Washington federal court regarding operator Maverick Gaming’s push to allow sports betting outside tribal venues. Tribe representatives declared that Maverick’s lawsuit directly attacked the tribes and urged the court to dismiss it.

The catalyst for this dispute was a legal challenge to the tribes’ exclusive ability to offer certain types of gambling like sports betting. Eric Persson, Maverick Gaming CEO, argued that the Indian Gaming Regulatory Act (IGRA) was getting misinterpreted to stifle competition. Maverick’s goal is to allow card rooms to offer the same types of legal gambling as tribal venues.

Maverick Gaming currently operates 19 out of Washington State’s 44 licensed cardrooms and has hired an experienced legal team to defend its interests. A 2021 bill to expand wagering to racetracks, cardrooms, and online failed to gain traction and did not pass into law, prompting Maverick to resort to legal action.

A Successful Lawsuit Would Deal Tribes a Heavy Blow

A curious fact is that Maverick CEO Persson is also a member of the Shoalwater Bay Tribe, prompting Charlene Nelson, tribe chair, to call his efforts “self-serving.” She declared that if successful, his undertaking would significantly harm not only the disadvantaged tribal communities but the general public as well.

“Just as tribes are building economic independence and regaining their self-reliance, there are powerful forces at work seeking to… take away what we have fought so hard… to restore.”

Shoalwater accused Persson of trying to deprive the tribes of a vital source of employment and income for his personal gain. Nelson also pointed out that the law firm employed by Maverick is the same one currently involved in the ongoing US Supreme Court case threatening the Indian Child Welfare Act. According to her, the gambling lawsuit was part of a nationwide attack on tribal sovereignty.

Shoalwater Argued Why the Case Must Be Dismissed

A crucial part of the Shoalwater Tribe’s motion rests on the argument that Maverick’s lawsuit is directed at Washington State and federal agencies and officials. According to them, the tribes were the real target of the legal action, and Maverick was attempting to circumvent their sovereign immunity by preventing them from being legally sued. Shoalwater argued that this was reason enough for the case to be dismissed.

The Washington Indian Gaming Association also strongly opposes Maverick’s lawsuit, claiming it mocked IGRA and threatened a vital revenue stream supporting critical community services. The association argues that the Regulatory Act’s purpose was never to act as a tool against the communities it was meant to protect. 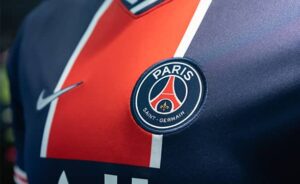 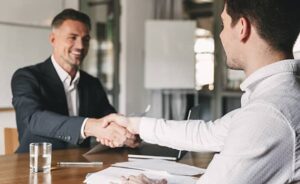