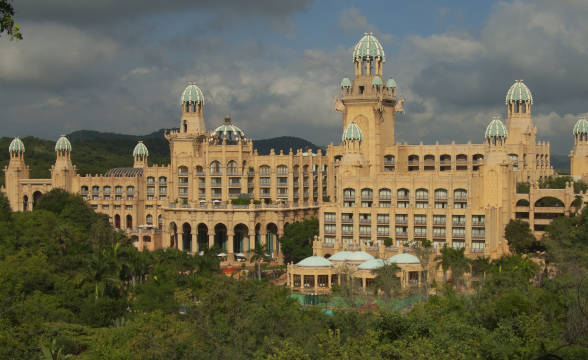 A businessman who lost ZAR5 million or roughly $320,000 has been seeking to retrieve his money from the establishment, Sun City. Suhail Essack challenged the property in a court of law, arguing that he had been allowed to gamble even though he had put himself on a self-exclusion list. But his bid to sue the casino has failed and he has seen no sympathy against Sun International, the operator behind the property.

Hearing the case, Gauteng high court acting judge Andy Bester dismissed the case and argued that Essack was solely responsible for his losses. Bester argued that it was Essack’s choice to put himself on the exclusion list and subsequently visit and gamble at the casino:

“Having voluntarily placed himself on the list of people excluded from gambling, he nonetheless went to the Sun City Casino and, on his own version, lost a substantial amount of money.”

This justification is quite poor, as it exemplifies how regulatory standards across gambling jurisdictions are at different levels. Had this happened in places such as the United Kingdom, the property in question would be in a lot of trouble. However, Bester continued and argued that since problem gamblers would consider themselves entitled to any winnings derived from their play, he found the approach to holding casinos liable for losses lopsided.

This type of reasoning, Bester added, was not in the public’s interest. Bester did take into consideration the North West Gambling Regulations which should hold venues that permit self-excluded gamblers on the premises but ultimately ruled against it. Essack did say he had been excluded from gambling in Gauteng and nationally since 2017.

Essack said that despite his self-exclusion he was not denied entry. When his own credit card was bounced, he borrowed that of his wife to continue gambling, again without intervention from the casino. In other jurisdictions, the use of another person’s finances for gambling is strictly prohibited for example, but Bester failed to see anything wrong with that as well.

Self-Exclusion Fails to Hit the Mark in South Africa

After gambling at Sun City undisturbed, he ended up losing more than ZAR5 million, the equivalent of roughly $320,000 as explained. Bester though argued that the casino did not admit him onto the premises knowingly – something that Essack failed to mention in his plea. In other words, Bester’s judgment is predicated on the fact that Sun City had no knowledge of Essack’s self-exclusion status.

This, though, just goes to show the poor level of communication on a national and local level that stakeholders have with self-exclusion programs and should be called for action from the government. Essack’s lawyers acknowledged that their client would normally not be able to hold the property liable, but they cited a change in the boni mores, and tried to use this as a legal argument.

Regardless, Bester found this unsubstantial and ruled in favor of Sun City. Essack and his legal team will have 20 days to rally and launch a new claim against the casino if they choose to.