Top developer of regional destination casinos in North America Rush Street Gaming has announced the appointment of Dawn Reynolds Pettit as its new senior vice president of human resources. Prior to landing this position, Pettit filled in the same position at the Hard Rock Casino.

Pettit, who describes herself as a “top-notch human resources senior leader who values people strategies and innovative thinking,” spent close to two decades working for Hard Rock Casino’s Horseshoe Casino Hammond. The flexible and adaptable HR expert spent eleven months as the casino’s employment and training manager where she redesigned the training and onboarding programs and helped cut the turnover numbers by 40% during the first year alone.

In May 2002 she was appointed Horseshoe Casino Hammond’s human resources director, a position she took over for the following four years. She was responsible for working on and managing the casino’s talent strategy, developing competitive reward options, creating fresh competency profiles, and working on succession planning, among others. In April 2006, Pettit became the vice president of human resources for the same casino. From her new position, she was busy driving human resources turnaround, developing and communicating brand new programs and strategies, working on restructuring departments, and implementing the very first result measurement systems.

In May 2011, Pettit was named regional vice president of human resources. Among her regular tasks, she was responsible for overseeing risk management and internal marketing practices, along with the centralized scheduling for the casino’s 2,300 staff members. She also served as a consultant, coach, and senior partner, while managing an operating budget of $6 million dollars and a team made of 20 members. Almost a decade later, in September 2020, she was designated as Hard Rock Northern Indiana’s new regional vice president of human resources, a position she filled in for two years and three months. Her responsibilities included the supervision of Hard Rock’s tribal-owned properties located in Indiana, Virginia, and Illinois.

“A Proven Leader in the Gaming Industry”

Rush Street Gaming’s chief executive officer Tim Drehkoff called Pettit “a proven leader in the gaming industry” while speaking about her impressive track record for creating and leading managing talent strategies, along with her impressive results in advocacy and mentoring. Pettit’s appointment comes as the company is getting ready to open its fifth Rivers Casino at the start of the upcoming year. The new venue will be located in Virginia’s Hampton Roads region. Pettit is expected to join Rush Street Gaming’s constantly-growing crew and lead cultural enterprises while also implementing the best standards and practices in the field of workforce development.

Pettit will complete her tasks from the company’s headquarters located in Chicago. Speaking of her appointment, she expressed her admiration for the company that has already developed many successful projects from the ground up, while mentioning its excellent momentum in the industry. Together with Rush Street Gaming, Pettit hopes to “further cement Rivers Casino as the employer of choice” in all markets. 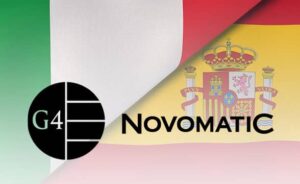 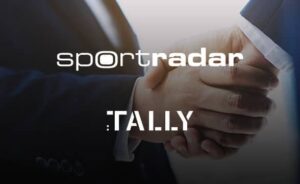