The ‘Have A Game Plan. Bet Responsibly’ campaign by the American Gaming Association (AGA) has just welcomed another partner in its initiative – Rush Street Interactive (RSI). The operator officially announced that it will be backing this campaign with the purpose of protecting the players.

The ‘Have A Game Plan. Bet Responsibly’ initiative focuses on educating the US sports betting fans about responsible wagering and its principles, including registering and gambling with licensed operators only, as well as setting a betting budget. This initiative was launched as part of the Responsible Gaming Education Week (RGEW) by the AGA.

Since RSI is now joining the AGA’s efforts to make sure that US sports betting fans are educated on the topic, the operator will integrate the content of Have A Game Plan in its consumer training and consumer marketing, as well as the overall strategy on responsible gambling.

Barlow added that it’s crucial for the industry to prioritize protecting the people that are vulnerable to having problem gambling as well as others that are affected by this type of behavior. According to RSI, sports betting in the US needs extra attention because iGaming is more profitable than wagering on sports; hence the spotlight is often on online casinos.

Through the AGA partnership, RSI will continue to provide its players with tools that are new and user-friendly, as well as the resources to gamble responsibly, Barlow said. It will also ensure that its employees are able to provide players with the best care and customer service.

The number of reputable operators that have been joining AGA’s campaign on educating sports bettors in the US keeps increasing. Recently, both MGM Resorts and BetMGM joined the campaign. Both entities welcomed the opportunity, and Richard Taylor, the head of the responsible gaming program of BetMGM, stated that the AGA’s campaign will guarantee the sustainability of gambling in the US.

The AGA also succeeded in being backed by numerous popular sports properties such as the NHL, the PGA Tour and NASCAR, as well as the world’s most prestigious MMA league – the Ultimate Fighting Championship (UFC). Entain is also involved, featuring the campaign in its Gamble Responsibly America app. The senior vice-president of the AGA, Casey Clark, said that as legal sports betting keeps increasing in both availability and popularity in the US, the industry’s success depends on educating the players on the topic of responsible gaming. 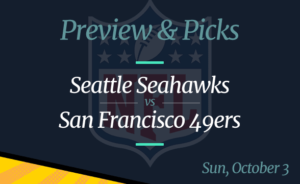