Globally regulated sports betting, technology, and media company Rivalry has published its third-quarter results for 2022, along with the results for the nine-month period that ended on September 30. The Toronto–based company that manages an international team dispersed in over 20 countries also published the preliminary results for October, announcing it as the first profitable month in history.

The company has announced a record betting handle that reached $70.3 million in the third quarter. The figure signaled a 203% year-over-year increase and an 83% quarter-over-quarter growth. In Q2 2022, the company’s sports betting handle reached $29.7 million, marking a 98% YoY increase.

Rivalry’s revenue also reached a record number at $7.1 million during the same quarter, signaling a 35% growth compared to Q3 2021 and a 93% YoY rise compared to the first nine months in 2021. As for the gross profit, Rivalry reached the $2.1 million mark, showcasing a growth of 263% on a year-over-year basis.

The company explained the “meaningful revenue” from esports wagering as a consequence of the international sporting events that took place during the period under discussion, as well as the leading position of the brand among Gen Z and Millennial consumers, according to the company’s chief executive officer and co-founder Steven Salz. He also mentioned their “differentiated strategy and product offering” as critical in bonding with a type of demographic that “legacy operators” are not fully equipped to cater to. Salz explained that Rivalry has managed to create “brand equity, loyalty, and consumer engagement” that will keep guiding its effective acquisition and retention strategies while improving its customer unit economics.

Rivalry’s third quarter results also mentioned the fact that 82% of its active users under 30 kept representing an important element of their growth in esports betting. This has already been proven by the fact that over 90% of the company’s sportsbook handle came from esports during the third quarter. Rivalry also used Q3 to launch its pioneer casino game, recording a 30% rise in the betting handle and attracting a 15% increase in revenue in spite of the company’s minimal efforts in terms of marketing strategy.

Rivalry’s momentum continued well into the fourth quarter when the company reached a single-month record for its betting handle at $37.2 million, along with revenue that reached the $4.5 million mark. Both records were obtained in October 2022, the first-ever profitable month for the company that offers casino gambling and online betting on traditional sports and esports for the next generation of bettors. Rivalry also announced it had $23 million in cash and zero debt at the end of September.

In mid-November, the company announced the launch of Casino.exe, an interactive gaming platform representing a virtual space that will allow customers to power a vintage PC and engage in games like Penalty Shootout, Bomb Squad, and Courier Sweeper. 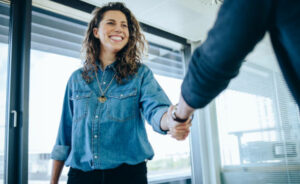 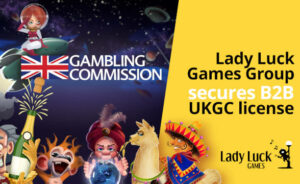