Back in August this year, the government in Canada put forward Bill C-218. This enabled each of the country’s provinces to introduce and manage single-event sports betting. Ontario was the first province to start accepting applications. Now, Rivalry is looking to become a licensed operator in the province.

Rivalry, the sports betting and sports media company announced on Thursday this week that submitted an application with the Alcohol and Gaming Commission of Ontario (AGCO). With this move, the company plans to become a fully registered operator for sports betting and internet gaming in one of the most densely populated provinces in Canada.

In July this year, Ontario created iGaming Ontario, which is responsible for both managing and conducting internet gaming operations offered by private gaming companies. If Rivalry’s license is approved, registration will be issued by iGaming Ontario.

Once that happens, Rivalry will receive approval to offer sports and esports betting products. Moreover, the company will be able to roll out its one-of-a-kind casino dubbed Rushlane for Ontario customers. Although an official deadline is yet to be confirmed, Rivalry revealed that it expects to start esports, sports betting and iGaming operations in the province around the first half of 2022.

Rivalry was founded in Toronto, Ontario in 2018 and it believes in hiring local talent to continue growing. By now, the company has a team of more than 80 employees. Thanks to a unique ethical approach to online gaming and esports, the company has achieved the highest monthly engagement out of any esports betting brand.

Currently, Rivalry holds a license for gaming in the Isle of Man. This is a key license as it gives the company access to more than 100 markets globally. Moreover, the company has a conditional license in Australia, where it expects to launch its services soon. Besides Canada, Rivalry plans to expand even further and enter new regulated markets around the world.

“We applaud the government of Ontario for its leadership in developing a robust licensing regime for iGaming.”

Rivalry’s CEO and co-founder, Steven Salz, outlined that as a Toronto-based company, it is incredibly exciting that it will be able to offer its products and brand experiences. He acknowledged that the government of Ontario made a great decision by “developing a robust licensing regime for iGaming.” Salz added that the iGaming market in Ontario has a potential for significant growth. In conclusion, he revealed that the market will support responsible gambling practices while at the same time will create thousands of highly paid jobs in Ontario.

Ohio Sports Betting Deal Is 90% Agreed; Licenses Will Be Issued in 2022

GambleAware Receives $14.6M for H1 With Bet365 as Top Donator

As Rivalry begins to scale its product offer and explore more verticals, the company’s results for the quarter ending on September 30, 2021, confirm its steady growth over the past months.  Rivalry Posts Record-Setting Quarterly Results  The latest report revealed strong performance over the last quarter, marked by a steady uptake in betting activity. Several […]

Supplier of predictive marketing, behavioral email campaigns and custom integrations Intema Solutions announced today it received conditional approval from the Toronto Stock Exchange (TSX) Venture Exchange for the acquisition of Livestream Gaming. Targeting LOOT.BET Following the letter of intent signed between Intema Solutions and Livestream Gaming in May, both companies continue to progress towards the […]

CGA Appoints New Members to Board of Directors

The Canadian Gaming Association (CGA) is expanding its Board of Directors following its Annual General Meeting on November 10, 2021, when the Board decided to appoint four new directors, the CGA announced today. ‘Testament to Exponential Growth’ The CGA’s Board of Directors added Scott Burton, chief executive officer of FansUnite Entertainment, Neil Erlick, chief corporate […]

PointsBet Canada, a subsidiary of the Australian sportsbook, has struck a new partnership with two national curling teams, name Team Kerri Einarson and Team Kevin Koe. The sportsbook struck a partnership with Curling Canada in October, becoming the Official and Exclusive Sports Betting Partner of the sport. Constantly Building up Footprint in Canada Canada’s introduction […]

Rivalry Corp. has posted its strongest financial results to date, clocking in a strong performance across the board for October. The company reported record results with several key indicators going up last month and has been working actively on its Canadian expansion. Commenting on the company results, Rivalry co-founder and CEO Steven Salz talked about […]

Playmaker Capital, a digital sports media company, has boosted its footprint in the Canadian market through the acquisition of The Nation Network (TNN) and its subsidiary, Daily Faceoff (DFO). TNN focuses on the delivery of insightful data-driven media coverage for hockey fans in Canada, runs a number of community sites, podcasts and has a hockey reference property, i.e.  […]

Canada’s decision to regulate single-event sports betting has opened the sluicegates of progress in earnest, and with it, the first results are already looking promising. In the first two months of operation, the British Columbia Lottery Corporation (BCLC) registered over $25 million worth of sports wagers, placed through the flagship website, PlayNow.com. BCLC introduced PlayNow.com […] 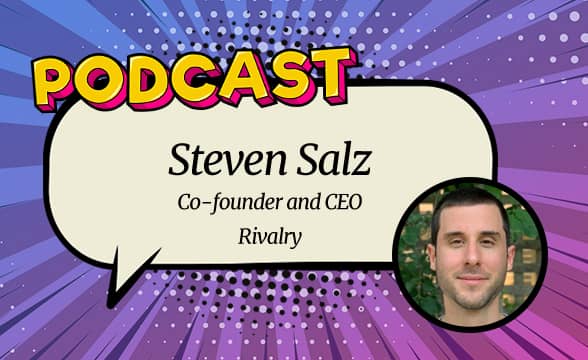 GamblingNews and Steven Salz, the co-founder and CEO of sports betting and sports media company Rivalry, had a chance to come together on a recent podcast. The Canada-based company is making serious inroads in the industry, bringing new levels of innovation to the gaming experience as the online segment continues to grow. Having recently launched […]

Australian sports betting and gaming operator PointsBet released today its fiscal year 2022 first quarter report (Q1 FY2022), posting exceptional performance across its core markets. PointsBet registered growth across all key metrics as on its domestic Australian market, as well as in the US. Turnover for the three-month period ended September 30, 2021, was AU$979.9 […]

Scientific Games Agrees to Sell its Lottery to Brookfield for $6B

Yesterday, B2B gambling products and services provider Scientific Games announced its intentions to sell its lottery business. The buyer, the Canadian investment firm Brookfield, is putting forward $6 billion for the purchase. Scientific Games to Sell its Lottery Out of this total sum, $5.8 billion will be paid upfront, followed by another up to $225 […]

Evolution has launched its product portfolio with the Ontario Lottery and Gaming Corporation (OLG) on Wednesday. The company is streaming its products directly from its Vancouver studio, and locals can now access Evolution’s Live Casino services at the OLG.ca website, the province’s officially licensed iGaming portal.  Players Now Able to Access Brand New Products  Players can access a […]