New research published in Addiction Research & Theory continues to delve into the connection between loot boxes, digital containers, and rewards used by publishers and developers to sonically boost their revenue from products, and gambling practices. The new study examined a sample of more than 1,600 people in Canada and sought to see if there was any tangible connection between people who purchase these virtual treasure chests and people who gamble.

The main argument delivered by the researchers is not only that people who spend on loot boxes are two times more likely to participate in gambling – they look even deeper into the matter and further argue that there seems to be a lack of evidence to substantiate the theory that there is a direct link between psychological factors and loot boxes.

Yet, more research is needed to better understand the connection between the two and establish what the best healthcare practices should be. Some changes have already been welcomed by the researchers, such as publishers making known the odds of a certain item dropping from a loot box. Commenting on the research, Sophie Coelho, a PhD student at York University in Toronto, said:

Findings indicate that loot box purchasing represents an important marker of risk for gambling and problem gambling among people who play video games.

Sophie Coelho, a PhD student at York University in Toronto

Even though the psychological factors that form the connection may not be immediately there, Coelho argues that the research could prove that both loot box purchasing and gambling may be a gateway to problem gambling. The research is interesting as it tries to see if there are specific psychological risk factors for gambling that lead to problem gambling-like behavior when it comes to loot box purchasing.

The study took into consideration several factors, such as psychological risk factors for gambling, and more. The study found that 17% of all interviewed people for the study had spent on loot boxes and spent an average of between $90.63 and $240.94. All participants were evaluated for addictive behaviors, mental health, and other issues as well.

The Study Is Not Conclusive and Needs More Research

The study noted that people who had riskier loot box purchasing habits – buying more of it – were also likelier to have a worse gambling habit. The research acknowledged that having adverse childhood experiences also increased the likelihood of people becoming gambling addicts as they grow up. People with such upbringing have something that the study described as “heightened vulnerability.”

The authors of the study are similarly cautious about the implications of their work, as it did not account for all psychological variables. 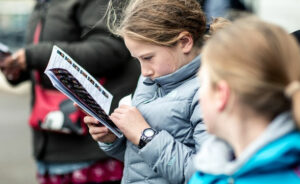