Unions in the United States have been a powerful tool for workers and the bane of businesses. Many of the biggest companies out there have been known to actively try and undermine unionization efforts, but one group of workers is trying to buck the trend and is actually working against Culinary Union’s efforts to bring them into the fold at the Red Rock Casino in Summerlin Nevada.

In fact, the case has reached the National Labor Relations with workers at the property, which is operated by Station Casinos, asking independent parties to step in and block the efforts for unionization conducted by Culinary Union. In essence, Culinary Union is trying to prove that workers are only unwilling to join because they are under duress not to, but there seems to be enough evidence that the workers at Red Rock Casino are happy with their arrangement with the company.

Now, Red Rock workers, represented for free by the National Right to Work Legal Defense Fund (NRTW), have asked courts to put a stop to Culinary Union’s efforts to force people into joining. Culinary Union means well, as it’s one of the most powerful organizaitons in Nevada, New Jersey, and elsewhere and it has consistently sought after casino workers’ best interests.

But this is not a story where a greedy boss steps in and threatens employees. To Station Casinos owners Lorenzo and Frank Fertitta III, unions are just an unnecessary headache and they have been consistent in keeping their employees outside of any unions, not through vacant threats, but through improving work conditions, paying better, and extending various benefits to employees.

This has instilled a sense of loyalty that has motivated casino workers on most of the Fertitta’s properties to fight back against unionization efforts from within. The brothers have allowed unionization votes to take place, though, as is workers’ right, but this has mostly led to people remaining in the Fertittas’ corner.

According to Culinary Union, there is foul play after all because the “pre-vote check cards”  have told a different story. The official vote, though, saw 627 to 534 workers voting against the union effort. NRTW president Mark Mix saw the Culinary Union’s actions as similar to those vilified by business owners who coerce their employees to not join unions.

Mix criticized Culinary Union’s insistence on the matter and ignored the workers’ right to choose for themselves if they want to join a union in the first place. Similarly, slot technicians at the Red Rock Casino are willing to give up on their membership of the Union of Operating Engineers Local 501 but have so far been blocked by the same people that are now insisting on having everyone brought into the fold of the Culinary Union, employees said.

The story is developing with Culinary Union confident that it is acting in the workers’ best interest. 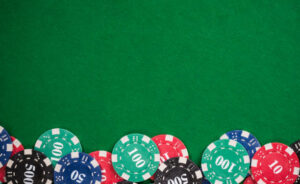 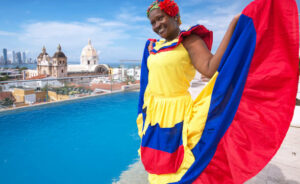 Casino May 11, 2022
Yggdrasil Makes LatAm Debut with RushBet in Colombia