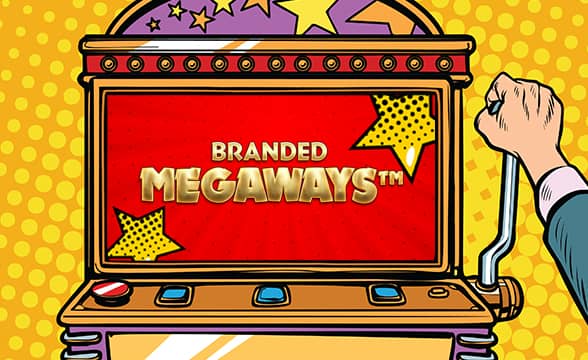 1X2 Network is highly praised for its revolutionary partnership signed in 2019 that brought it the license for Big Time Gaming’s Megaways random reel modifier technology. This technology is a mix between Megaways and Scientific Games Corporation’s content and it is currently used by 1X2 Network’s Iron Dog Studio.

The Branded Megaways slots technology has enabled the casino operator to grasp and use Big Time Gaming’s mechanics to launch its own branded game of slots. The new game incorporates the essence of the brand with the help of design elements that express the voice and character of the operator.

Players will immediately recognize RANT’s Megaways slot that has been developed by the talented 1X2 Network crew and the Iron Dog Studio subsidiary thanks to the customizable design features. The list includes elements like the RANT logo, their popular color scheme, a variety of fonts, symbols, counters, and other similar design features that will make the game pop.

The launch of the Branded Megaways game is a direct consequence of 1X2 Network’s partnership with iGamingPlatform, which is the powerful technology behind RANT’s website. RANT Casino is looking forward to unlocking brand new levels of engagement among players with the new title that is expected to become a new players’ favorite in no time.

1X2 Network has an impressive experience of close to two decades in the industry. Its thirst to expand its portfolio is ever-growing and the company seeks to have a bigger impact on players. 1X2 Network’s account management and marketing director Rory Kimber expressed the company’s excitement to work with RANT’s distinct brand while acknowledging how important it is for casino operators to own Branded Megaways slots they can offer to players.

Kimber also added that the company is eagerly waiting for the first players to start spinning the reels on the new Branded Megaways slot and discover the thrilling elements and graphics that make the game unique and fun to play.

RANT’s co-founder and managing director Laura O’Brien also expressed her belief that the fruitful collaboration between the 1X2 Network and the Iron Dog Studio crews has made the quick development and launch of the Branded Megaways slot game possible. O’Brien also added that the game has been placed on top of their lobby, ready to be accessed by passionate Megaways players.

Ultimately, the release will help RANT stick its head above the crowd and distance itself from its rivals by providing unparalleled gaming experiences.