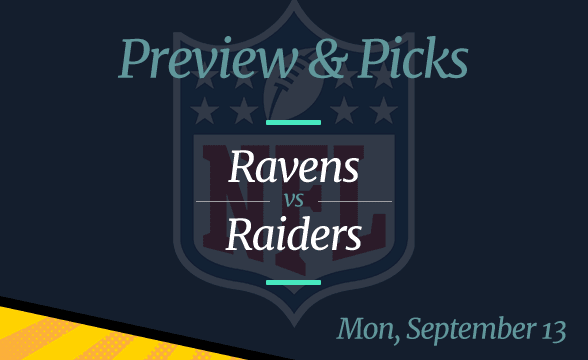 The first Monday Night Football game for the 2021 NFL season starts on September 13. Playing at Allegiant Stadium, the Las Vegas Raiders will meet the Baltimore Ravens.

The Baltimore Ravens (0-0) are going up against the Las Vegas Raiders (0-0) in their first salvo in NFL Week 1. The game is also the first Monday Night Football game for the season starts on September 13, 2021. Raiders vs Ravens Week 1 will be played at Allegiant Stadium in Paradise, Nevada, US. To enter the event, attendees of Raiders’ home game aged 12 and older must provide proof of vaccination. People who are fully vaccinated will not be required to wear a mask while at the stadium.

Ravens vs Raiders When and Where

The Las Vegas Raiders will face one of the most lethal quarterbacks in the league playing for the Ravens – Lamar Jackson. In fact, Jackson is NFL MVP for 2019 and his 2020 season was also significantly impressive. Last year, he threw more than 2,500 passing yards. Moreover, last season Jackson rushed more than 1,000 yards and scored 33 touchdowns.

Besides Jackson, the Ravens also count on another one of their elite players – Ronnie Stanley. It was last year in November during the game with the Pittsburg Steelers when he fractured his ankle. In an interview for The Baltimore Sun in August, Stanley said that although it has taken some time to recover, he feels really good. Additionally, he said that he is building up flexibility and plans to be “full-go” for the team’s Week 1 game against the Raiders.

Yannick Ngakoue, Willie Snead IV to Play for the Raiders

Undoubtedly, an interesting first game of the season is ahead, considering that Yannick Ngakoue and Willie Snead IV will play for the Raiders. Both players were previously playing for the Ravens and now they will face their old teammates. The 28-year old Snead played with the Ravens last season and appeared in 13 games with 8 starts. He recorded 33 receptions for 432 yards and three touchdowns.

On the other hand, during the 2020 season, defensive end, Ngakoue played six games for the Minnesota Vikings, as well as nine games for the Ravens. Appearing in 15 contests last season, he had 23 tackles, eight sacks, one pass defensed, and four forced fumbles.