The state of Minnesota is still trying to pinpoint the exact number of problem gamblers and introduce treatment and well-being options to help clamp down on problem gambling. Yet, this measure contrasts with the fact that problem gamblers drive up to 33% of all gambling revenue in the state.

Minnesota Tries to Put Its Finger on Problem Gambler Numbers

Problem gambling in Minnesota remains an unknown number. According to the National Council on Problem Gambling (NCPG) estimated 1% of the U.S. adult population currently exhibits signs of addiction.

That number translates into about 2 million individuals. A further look into the numbers reveals that up to another 6 million people might be classified as “problem gamblers,” i.e. individuals who struggle to control their gambling habits and might be pathological gamblers.

While these estimates are helping lawmakers build local help and treatment networks, some states are still falling behind. Minnesota hasn’t been able to pinpoint the exact number of problem gamblers in the state, and the state seems to struggle with create a sufficient treatment network.

To address the issue, a $400,000 study has been commissioned from Amherst H. Wilder Foundation of St. Paul. The study focused on 35,000 Minnesotan of varying backgrounds – meaning it didn’t target addicts or non-addicts specifically – and was conducted over email.

The email approach has allowed the researchers to reach the most people, said Helen Ghebre, one of the people behind the survey. Apart from using the current data to start building a safety net for Minnesota problem gamblers, the Health Department of the state also intends to repeat the survey every few years.

This has been the first survey done in 25 years. Based on the results of the past survey, estimated 4.4% of Minnesota’s residents were problem gamblers – or exhibited some symptoms. Based on the NCPG’s own estimates that number is closer to 3.6% or around 152,000 as per data published in 2016.

Any social stigma excluded, problem gamblers are the most lucrative group of gamers for any casino out there. The amounts spent by such individuals are most often the bulk of the revenue any casino reports.

These numbers have been put to a test in Minnesota where up to 33% of all gambling revenue is generated from problem gamblers. In other words, 3.3% of the population is potentially generating one-third of the total casino revenue.

Extrapolating from these numbers, problem gamblers may have generated up to $585 million in 2014 alone, according to up-to-date data. Yet, the state and the results cited as benefit for public spending may be derived from the same problem gamblers that some groups might be keen to help reduce.

Would a reduction of problem gambling, though, bite in to the state’s bottom line as well? Presently, some 600 Minnesota residents have enrolled in gambling addiction treatment program. The data is from 2016, before the mass legalization of sports betting.

The question remains – is problem gambling an industry problem or rather a personal health issue? According to Mayo Clinic hospital addiction counselor Brien Gleeson certain demographics in the state are more susceptible to reckless gambling patterns.

Older people usually tend to be a little less prudent with their funds, Gleeson argues, citing retirement and a lot of free time as the reason why. Some people even go to casinos socially, to meet with others and spend time with friends. Speaking to Post Bulletin, Gleeson also noted that most problem gamblers were always chasing their losses.

However, he also noted that a lot of the people he has been consulting have also managed to cope with their gambling addiction and ween themselves on. He also said that many patients have also sought the services of self-help groups such as Gamblers Anonymous.

There have been different calls to limit the impact of problem gambling – and not all related to treating, but rather educating and pre-emptively stopping. In 2018, a bill was introduced, urging lawmakers to introduce more financial literacy classes in the curriculum.

Financial literacy has also been promoted by various organization, such as LifeWorks – a company that helps employees to educate themselves on financial issues.

Compulsive spending and veneration of money aren’t officially recognized as mental health issues by the American Psychological Association, but they could be in the root of why so many people fall through financial cracks. Personal finances classes have been set at various locations around the state as well.

Since PASPA’s repeal by the US Supreme Court in 2018, sports betting has been continuously spreading to more states. Previously, the PASPA used to restrict the activity to Nevada only, but its repeal left the legalization and regulation in the hands of the lawmakers in each state. By now, sports betting is legal in 30 […] 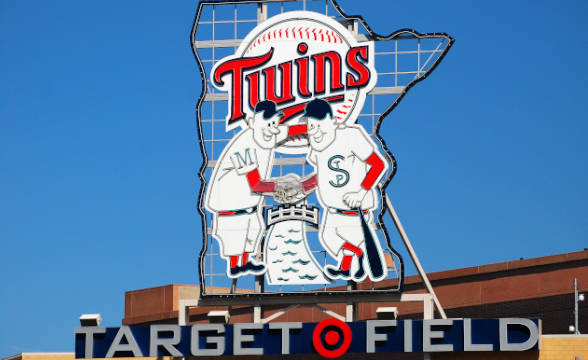 Jackpocket has teamed up with the Minnesota Twins, becoming the official mobile lottery partner for the Major League Baseball franchise. Jackpotet is an established third-party app that enables consumers in the United States to make quick purchases of lottery tickets and its tie-up with the Twins reflects the company’s ambitions to strike home with baseball […]

Minnesota has a real chance to press ahead with sports betting legalization that would end the feud between the government and tribal operators and allow the state to introduce legislation that regulates wagering on athletic events. This is the opinion of Democratic Rep. Zack Stephenson and Republican Rep. Pat Garofalo who spoke on Monday and […]

Minnesota lawmakers are set to make another push to legalize sports betting in the state after previous attempts, one of which was in November 2021, failed. The push for sports betting is now gaining massive momentum as a bipartisan legalization effort was announced on Wednesday. The Proposal on Sports Betting Reportedly Benefits All Sides The […]

A lawsuit in Minnesota seeks the removal of current supervisors from office due to secret negotiations for a tribal casino and multiple violations of data and the open public meetings laws, Twin Cities reported. The Casino Involvement The lawsuit by Citizens Opposed to Municipal Water, Inc., a nonprofit created by Steve Norenberg, filed in Washington […]

A woman from Minnesota will avoid a prison sentence after agreeing to repay restitution for the $40,000 she reportedly stolen from the Garrison Fire Department Relief Association in the state and used the money to gamble. The woman admitted guilt and has received leniency in the matter.  However, her freedom will be contingent on her producing the missing funds, […]

Minnesota Lawmakers Will Make Another Push to Legalize Sports Betting

Minnesota residents will be pleased to know that legal sports betting in the state still has a chance of becoming a reality as a key state lawmaker has stated that he will make another push in the next session and do everything he can to legalize this industry. Minnesotans Should Be Able to Bet on […]

In Minnesota, sports betting is again on the table with lawmakers seeking to introduce both mobile and in-person betting and snuff out the offshore betting sector. In-Person and Mobile Sports Betting on the Table Minnesota lawmakers will be looking to legalize sports betting, Democratic Sen. Karla Bigham and Republican Rep. Pat Garofalo announced on Tuesday, […]