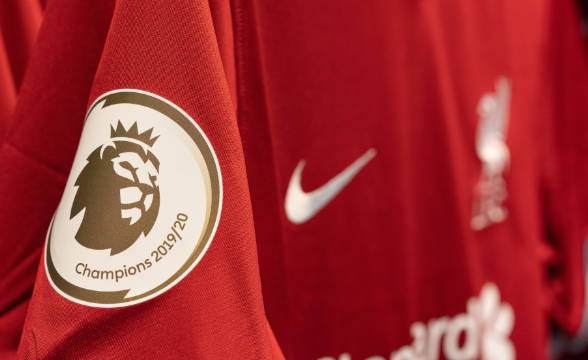 The discussions regarding a voluntary ban on gambling shirt sponsorships for Premier League clubs are still ongoing. While a decision is yet to be taken during a meeting with the clubs set for next week, a new report suggests that top-tier English football clubs may support the voluntary ban.

The Times released a new report Monday that outlines a shirt sponsorship ban may receive the necessary support from Premier League clubs. To pass such a ban, approval from 14 out of the 20 top football clubs is needed and according to the recent report, Premier League clubs are ready to agree voluntarily to such a proposal.

A voluntary shirt sponsorship ban is a move initiated by the top-tier clubs. It comes at a time when government officials have hinted to include such a measure as a part of the ongoing review of the 2005 Gambling Act. But instead of waiting for lawmakers to impose restrictions or ban shirt sponsorships, Premier League clubs may voluntarily decide to remove the gambling logos from the front of their shirts.

Still, even if such a ban receives the approval of the majority of top-tier English football clubs, there would be a transition period. In other words, if a voluntary ban is approved, the clubs will have a transition period of three years. During that period, clubs with existing deals will have enough time to reach their expiry, which cannot happen later than the start of the 2024-2025 football season.

The voluntary shirt ban may only affect the front-of-shirt sponsorships for the Premier League clubs. With that in mind, the clubs are yet to discuss and confirm what the ban would affect.

Although the voluntary shirt ban would undoubtedly cut off a stream of revenue for the football clubs, it may not be that big of a deal. Even if the clubs vote in favor of the front-of-shirt ban, additional sponsorship opportunities could remain in place. This means that Premier League clubs may still get revenue from gambling sponsorships including logos which can be displayed via the shorts of the players, on-screen or in-stadium.

Naga Corp Rebounds with Net Profit of $52.7 million in H1