PredictIt, the popular futures exchange tied to political events, has until February 15 to close all existing markets and shut down, putting an end to the legal availability in the US of bets on political events.

Established in collaboration with the Victoria University of Wellington, in New Zealand, PredictIt is now facing the dire reality of permanent closure, reported The Washington Post.

“They grew to a point where they violated the terms of the letter,” a spokesman for the Commodity Futures Trading Commission (CFTC), the regulatory body overseeing such types of trading markets, told the reporting media in an email.

The political betting exchange, albeit illegal in the US, was allowed to operate as an exception for non-commercial purposes after the CFTC had issued to Victoria University of Wellington a “no-action” letter, stating that the exchange should only continue as an “academic exercise” and the university should not profit from it.

“The Chairman did meet with representatives of Victoria University and others at their request to hear them out,” the spokesman continued outlining that “the reality is that the university did not operate its market in compliance with the terms of the No-Action Letter.”

PredictIt founder, John Phillips, filed a lawsuit against the CFTC when the exchange was shut down in August arguing that the regulator’s move was “arbitrary and capricious” and the watchdog did not provide any feedback to justify its actions to close the site after years of operation. PredictIt was founded in 2014.

Phillips also argued that the site that makes its data publicly available to allow dozens of research institutions to benefit from it for studies of microeconomics and political behavior, serves educational purposes as it inspires people to pay closer attention to politics.

The reality is that authorities are concerned with the gamification effect on the political system that is exacerbated by gambling on the outcome of political events. Some people even consider that allowing gambling on elections could encourage the corruption of democracy as those who work in politics may be privy to inside information.

Shutting down PredictIt will be detrimental to thousands of outstanding bets which are due to settle after the February 15 deadline day but it can be prevented if the US Fifth Court of Appeals in Louisiana issues an injunction to keep all current markets open.

If PredictIt is shut down permanently, the interest in gambling on politics creates a market niche that will always be filled with alternatives, even if some of those alternatives may not be quite legal such as an offshore crypto exchange that only requires users to be outside of the US to place their bets. 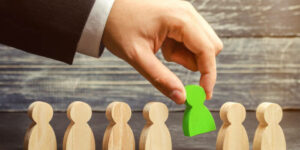 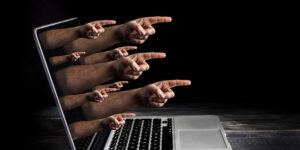