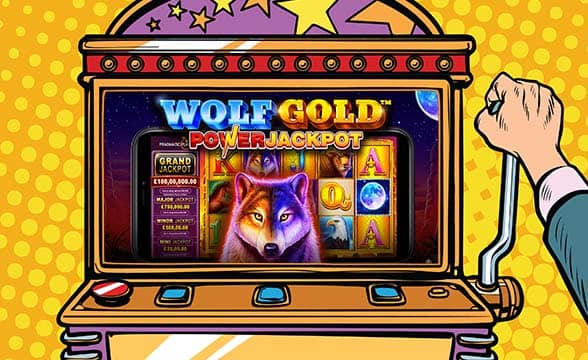 The sequel is the community-first title of the game developer that is called Wolf Gold PowerJackpot. The sequel of the 2017 smashing hit takes the players to the American Prairies. The new game title offers unique functionalities, plenty of prizes, as well as a community feature. The company’s first global progressive jackpot game also offers a power wheel function, respins, scatter function and free spins.

Pragmatic Play’s chief operating officer, Irina Cornides, said that the company is constantly looking for new additions to introduce to its audience. According to her, the Wolf Gold PowerJackpot game is a perfect sequel to the company’s most popular title but it also adds new functionalities and features.

Cornides said that the sequel of the game offers the players the unique community jackpot feature and at the same time helps drive player engagement which brings benefits for Pragmatic’s partners. In conclusion, she outlined: “We’re incredibly proud of what we’ve brought to the market and can’t wait for the community to start enjoying their rewards!”

The Sequel of the Game Offers Unique Functions

To activate the Free Spins functionality, players need to land three Scatters on the reels. This awards the player with bonus spins. On the other hand, the Respins feature activates whenever six or more full moons land. This presents the player with a special “Hold and Win” bonus round. Once that round is activated, the player is granted three spins and has a goal to land as many money symbols as possible. Landing more money symbols increases the cash value and at the end of the spins, all money symbols are collected together which results in a huge payout.

Last but not least, Wolf Gold PowerJackpot also offers a PowerJackpot feature. The game developer described the functionality as a “two-stage process that is activated when all five reels turn gold on a single spin.” Then the player faces a jackpot mini-game with the Power Wheel. This Power Wheel offers one of four jackpots – Mini, Minor, Major and Power. Whenever a player hits the Power tier and an expected average prize of €4,500,000 is won, the community feature activates as well. This grants 50% of the pot to winning players while 50% is given to the last 1,000 users that played the game.