A careless mother’s casino time resulted in her children’s death. The neglectful parent had left her kids in a hot car to place a few punts at a local casino without considering the consequences.

Battle Let Her Kids Die in a Hot Car

The culprit is Launice Battle, a 29-years-old woman who loved to play at Vegas Style Sweepstakes and Entertainment. Last Saturday, Battle went to play and left her two kids, Trinity Milbourne and Amora Milbourne, aged two and three respectively, in the car. Not considering that this year boasts one of the hottest summers on record, Battle also didn’t consider that leaving her kids in a hot vehicle might not be the best idea.

As a result, Trinity and Amora were pronounced dead at 9.40 pm on Saturday. Duke Raleigh Hospital workers immediately contacted the local law enforcers, which led to Battle’s arrest

An anonymous Vegas Style Sweepstakes and Entertainment worker later spoke with WRAP News about Battle. They said that the woman was a regular client who would often play for hours. According to the employee, Battle played for six hours straight on the day of her kids’ death. The worker claims that the woman arrived at 1:30 pm and would regularly go in and out until she eventually left at 7:30 pm.

The whole Vegas Style Sweepstakes team, according to the employee, was shocked to learn about the children’s deaths.

Battle’s relatives were later contacted by WRAL News for comment. Her father said that he understands the context of the unfortunate accident and confirmed that Battle was likely playing at the parlor at the time of her children’s death.

The culprit’s cousin, Lisacious Williams, meanwhile, said that the situation couldn’t have been deliberate. According to Williams, Battle was a really caring mother and the whole situation must be a “careless mistake.” The cousin added that Battle’s family loves her and will continue supporting her despite the accident.

The woman’s neighbors, on the other hand, revealed that she was a single mother. Despite everything, the Cary police found no evidence of previous child abuse related to Battle and her kids. Battle is set to appear before court on September 19.

Leaving one’s kids unattended to gamble is considered to be an offense. Casinos would usually ban such visitors from playing. Unfortunately, many people choose to ignore these rules and still go for a few wagers while their kids wait in the car. 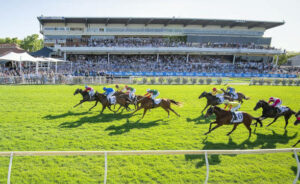 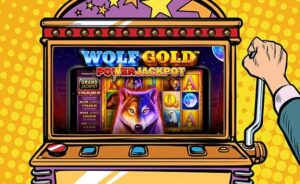 Legal January 25, 2023
KSA Plans to Crack Down Illegal Retail Gambling Venues
We use cookies to optimize your experience. If you continue to browse this site, you agree to this use.Confirm