Yet another partnership has been signed ahead of the NCAA Men’s Division I basketball tournament with PointsBet teaming up with the sports media company Playmaker.

NCAA Men’s Division I, also known as March Madness, is one of the highlights of the spring sports season. The tournament, which begins today, March 24, has become the precedent for various partnerships in the world of sports and sports betting.

The agreement between PointsBet and Playmaker will see the operator sponsor Playmaker and Playmaker content throughout the entirety of the March Madness season and after its end. The deal also includes the creation of a PointsBet-sponsored digital series called “Playmaker on the Street.” The latter will be hosted by Dakota Wiley who will visit some of the most popular locations in the world of US basketball.

David Woodley, the president, and chief revenue officer of Playmaker, is thrilled to join forces with PointsBet. He emphasized that both brands are community-oriented and seek to provide premium experiences to sports bettors. Woodley also added that both partners are committed to responsible gambling and teaching people how to make informed decisions. Woodley added:

“This campaign is providing a good mix of what we have to offer at Playmaker including: video, social, free to play gaming, talent, distribution and it aligns well with PointsBet’s ever-growing presence in the betting industry.”

Brandon Harris, the chief executive officer of Playmaker, also spoke on the matter. He said that his company believes that sports betting should be just as fun as sports themselves.

“What’s more fun than following a former NBA player bet on his alma mater with over half a million in upside?” Harris asked, referring to the NBA star Carlos Boozer who has bet over $600,000 on PointsBet’s offerings. Boozer is convinced that Duke University will win the current March Madness and has placed a $50,000 bet on the team.

Harris emphasized that such content tends to appeal to audiences more than “old guys in suits giving picks or spamming offers.” He concluded that he is glad to team up with PointsBet and bring exciting content to sports fans.

With March Madness preparing to take over the scene, operators’ handles are skyrocketing. 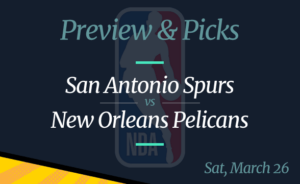