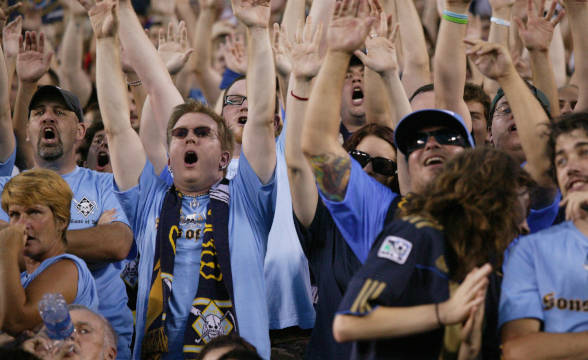 It’s not very common that the reigning MLS champion is seen as the underdog, but exactly that is the case in Sunday’s clash between Philadelphia Union and New York City FC. The team from NYC is the winner of the 2021 MLS, as well as the table leader of the Eastern Conference in the 2022 season. Nevertheless, this doesn’t make the New Yorkers favorites against the team from Philly.

Instead, oddsmakers see Philadelphia Union as the favorite, although truth be told, the betting odds aren’t miles apart. What this means is that bookies expect to see a very close game at Subaru Park Chester, PA.

Right now, there’s only one team in the Eastern Conference that’s still without a loss at home. It’s Philadelphia Union. Actually, this team has lost just one game this entire season, which explains why they’re flying so high in the standings. At the moment, these guys are third in the East with 26 points after 15 matches.

The reason why they’re not even higher on the table is that they’ve played more draws than they’d like. In fact, with eight of their games finishing without a winner, Philadelphia Union is the team with the most draws in the entire MLS.

These guys have been in a super run lately, winning seven of their previous ten MLS matches. The last time they lost a league game was on April 2, when Toronto FC beat them 2-1 in Canada.

Fast-forward to June and the only game they’ve played this month saw them draw 1-1 with Colorado Rapids. Although they didn’t lose, the result sure is seen as a disappointment considering that the game took place in New York City.

Nevertheless, they’re still in the #1 position in the standings, which is where they wish to stay until the end of the regular season. For that to happen, however, they need to get back on the winning track. The thing is that there are several teams breathing by their necks, one of which is the Philadelphia Union.

We expect to see a real thriller on Sunday, with both teams giving all they got. Although their previous couple of duels didn’t see too many goals, we think the same won’t be the case this time. Instead, we believe we’ll witness at least a goal on each end. But which team will win? Probably neither. Instead, this game looks destined to end in a draw.