Penn National Gaming will open three Barstool sportsbooks in three of its gaming properties in Indiana and Michigan over the next two days, pending final regulatory approvals. Customers of Detroit’s Greektown Casino, Michigan, and Lawrencetown’s Hollywood Casino, Indiana, will be able to enjoy sports betting at the new locations on Wednesday. A third sportsbook will open on Thursday at Ameristar East Chicago in Indiana.

The leading gaming company, which operates 41 properties across 19 US states, acquired 36% of Barstool in January 2020 for $163 million. The sports media brand shares its content with about 66 million viewers via its website and social media platforms.

Penn CEO Jay Snowden had announced the deployment of Barstool sportsbooks in some of its casinos last during the company’s third quarter teleconference in October. Its first sports betting location opened last month at Ameristar Black Hawk in Colorado.

According to Rafael Verde, the group’s Senior Vice President of Regional, the sportsbooks will feature “new designs [which] incorporate the spirit of the Barstool Sports brand”, which the company expects players will “thoroughly enjoy” via innovative and unique wagering and dining experiences.

All three sportsbooks feature multiple betting desks, ticket stations, odds boards and a betting counter adjacent to a large area to watch sports and dine. Penn stated its hopes to reach a younger player demographic through the sportsbook launches, as its current user base mainly ranges between 45 years old and older.

Mr. Snowden said in October that “standalone Barstool-branded entertainment destinations” are being developed for launches in dense urban areas. The virtual sportsbooks will “further expand the reach of the Barstool brand and help [the company] acquire new customers at attractive economics,” he declared.

Michigan Governor Gretchen Whitmer has allowed casinos to reopen after a mandatory shutdown in November due to an increase in Covid-19 cases. The resumption of casino activities coincides with Penn’s Barstool launch at Greektown and Hollywood Casino the same day. The ban on indoor dining has been extended until January 15.

The Barstool app soft launched in Pennsylvania in September and has a planned launch in Michigan early next year. The sports betting application should be introduced in more states in 2021, as Penn’s longterm goal is to launch online or retail sports betting in each state where it currently operates and where the activity is legal, Mr. Snowden said. This means that the group could expand into up to 20 states. 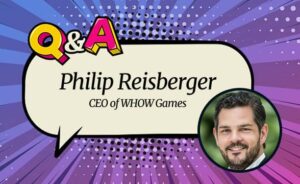