Torch Electronics, based in Wildwood, Missouri, has been previously accused of operating games illegally and is now under the spotlight for some sensitive donations to multiple political action committees (PACs).

The company has made six $40,000 donations to Missouri Growth PAC, MO Majority PAC, Missouri C PAC, Missouri AG PAC, Missouri Senior PAC, and Conservative Leaders of Missouri totaling $240,000. What raises suspicion here are not the donations themselves, but rather the fact that every single PAC is associated with Steve Tilley – a former Speaker of the House who is currently a lobbyist for Torch Electronics.

While lobbying firms do often set up PACs as a channel for donations from clients, it’s rather unusual to set up multiple political action committees. There are exceptions, of course, for organizations such as labor unions, which have both state and local members. What is highly unusual in this case, however, is that this is happening with a game machine business donating to six PACs, all associated with a lobbyist they employ.

For people familiar with Torch Electronics’ history this comes as no surprise, however. The company’s first donation this year is remarkably similar to its donation from last year when it wrote eight checks, each amounting to $33,333 and all distributed to “Tilley PACs” as the Missouri Independent called them in June of last year. In 2018, the amount was a grand total of around $430,000 – again, distributed between “Tilley PACs”, this time six of them.

In 2017, Gardner Capital which was also a client of Tilley’s donated to four of his PACs, which then made a combined donation totaling $10,000 to Independence Mayor Eileen Weir. Later on, the city council, along with Weir, passed a vote to spend approximately $1 million to buy a golf course in partnership with another client of Tilley’s – Independence Power and Light, the city’s utility company – to turn it into a solar farm.

The matter is not less complicated when it comes to the PAC donations that took place this past week. Legal skeptics see donating to multiple PACs with shared affiliates as a loophole to circumvent the limitations imposed on candidate donations. This is further affirmed by federal law, under which if two or more PACs are connected, they would still share a single limit. By design, this would limit the amount of money the recipient of the donation can receive. However, the state of Missouri does not have a similar law in place, infusing the matter with a certain degree of legal unclarity.

This is not the only activity that Torch has been under legal scrutiny for. The company was also involved in a lawsuit regarding its “gambling machines” which were pulled from a Springfield convenience store, as reported by STL Today back in August 2021. This was a direct result of a Greene County judge signing off a search warrant for no fewer than 15 machines.

The Missouri Gaming Commission has deemed them “gambling devices”, which can only be operated inside licensed casinos, giving grounds to the state highway patrol to consider these games illegal. Legislative efforts to officially outlaw Torch’s gaming machines – which remarkably resemble slot machines – have failed, however.

This is mostly thanks to the fact that Torch is heavily lobbying against such a change, arguing their machines are not gambling devices, therefore unfit to be regulated as such. It appears all similar questions will be decided in the courtrooms of Missouri until changes in the law have been made. 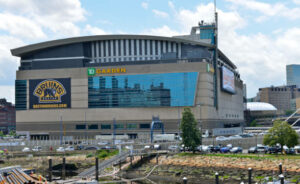 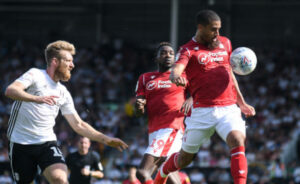