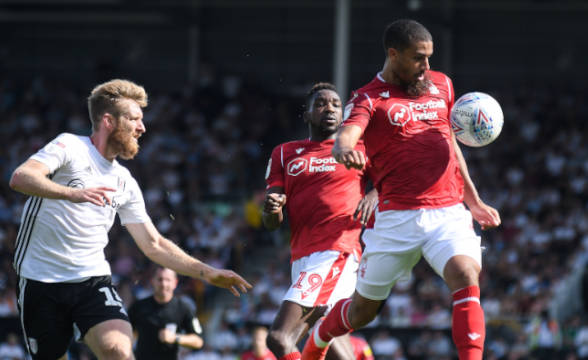 We already know which 19 teams will play in the Premier League in the 2022-23 season. There’s one spot left, and two teams are battling for it – Huddersfield and Nottingham Forest.

Which of the two will qualify for the EPL? That’s the question that will be answered on Sunday, May 29, after the two play the Championship Play-Off Final at England’s largest stadium, Wembley.

If you take a look at the betting odds, you will see that online bookmakers think it’s going to be a very close game. Neither Huddersfield nor Nottingham Forest is seen as the odds-on favorite. Still, oddsmakers do think Forest is (slightly) more likely to win on Sunday. What do we think? To find out, make sure to read our Championship Play-Off Final preview!

Although this team hasn’t scored more than two goals per game since March, they’ve been getting the job done over the last couple of weeks. In fact, Huddersfield is without a loss in nine Championship games, including two played in the promotion play-offs.

The games in question saw Huddersfield draw 1-1 with Luton on the road while beating them 1-0 at home. It may not seem too impressive, but Huddersfield’s aim wasn’t to entertain the audience but to get themselves to the Championship Play-Off Final.

Playing smart and focusing on tactics rather than charging toward the opposition’s goal is what brought success to this team in 2022. It’s very likely they will use the same kind of strategy in the Championship Play-Off Final against Nottingham Forest.

Nottingham Forest to Return to the Prem After 23 Years

Established in 1865, the club went on to win one League title, as well as seven domestic cups. They also won the European Cup (now known as the Champions League) on two occasions.

Nottingham’s rich history makes this team one of the most popular clubs in England. That said, you can be certain Forest will have plenty of support coming from the stand of Wembley Stadium on Sunday. The question is whether that will be enough for them to grab a win?

They do have some amazing players on the roster. In fact, it’s estimated that the worth of their squad is two times higher than the value of all of Huddersfield’s players combined.

Brennan Johnson has been their best player this season, which has put him on the radar of top Premier League clubs. The only problem is that the forward doesn’t have too much experience playing big games such as the Championship Play-Off Final. It’s because he’s just turned 21 a few days ago. The same goes for most other Nottingham Forest players who are still in their early 20s.

There’s no doubt Nottingham Forest has better players on the roster than Huddersfield. However, this doesn’t necessarily mean they’re going to have an easy job on Sunday. On the contrary, you can be certain that Huddersfield players are going to give them a run for their money.

In fact, we think Huddersfield will focus on the defense, trying to keep the opponents as far away from the goal as possible. That said, if they succeed in their intention, we could see the Championship Play-Off Final being decided by penalties.