Skill game producer Pace-O-Matic has reported an increase in the number of outlawed skill games offered in Virginia since the ban on skill game machines was imposed on July 1. Prior to being outlawed in the state, skill or “gray” games were a regular sight in many bars, restaurants, and convenience stores. However, they were operating in the gray area, dodging state laws, taxes, and industry regulations which prompted legislators to take a more drastic approach towards them.

Last Tuesday, former US Congressman and US Attorney Tom Marino, who now works for Pace-O-Matic, said they are trying to get lawmakers to take disciplinary measures against mini casinos that are not regulated in any way. Marino hoped that by throwing this issue into the spotlight, the company would manage to persuade the General Assembly to make skill games legal once again.

Prior to the July ban, skill games generated impressive revenues of millions as a result of state lawmakers taxing them for a limited time. Marion’s goal is to see the state take regulatory measures and enforce the law so that illegal operators are forbidden to operate and forced to pay the taxes they owe to the state.

Last Tuesday, Marino and two Pace-O-Matic representatives held a series of press conferences at the sites where the alleged illegal gambling took place. Pace-O-Matic compliance officers Jill Feagan and George Kucik conducted a number of investigations into the respective locations. According to their discoveries, potentially rigged games of chance were currently replacing the missing skill games that are no longer available as a result of the ban.

Shopping Plazza in Richmond Had Blacked Out Windows

The pair’s investigation revealed 44 fully operational electronic skill game devices hosted by a shopping plaza in Richmond. The store’s windows were blacked out, and the entrance was not properly marked, except for an “open” sign. There was also a sign asking visitors to ring the doorbell to be given access to the premises, along with a single advertising raffle board.

Pace-O-Matic investigators also discovered a food store in Richmond that was allegedly running a backroom casino with dozens of skill gaming devices. Police authorities have not responded to local media requests for comment.

State Senator Not Surprised By Allegations, Claims Police, Is Under-Funded

Virginia State senator and member of General Assembly subcommittee Bryce Reeves have also directed the local police to similar locations operating illegal skill game machines. Reeves was concerned that these outlawed operators were “proliferating like mice” and that the police were severely under-funded and unable to investigate illegal gambling because of a lack of resources.

Reeves is trying to fix the missing enforcement problem by introducing a bill that would help create a designated State Police team exclusively responsible for criminal enforcement. The bill would follow the example of a similar act that enables county attorneys to take disciplinary measures against outlawed game operators in their jurisdiction. Country attorneys are allowed to issue a $25,000 civil fine per machine.

Nonetheless, Reeves did not provide a clear answer when asked if he would sponsor a bill that would legalize, regulate, and tax skill games. He did state that he does not want to see skill games return to restaurants and bars, adding some lawmakers do not want these machines to compete with casinos.

The proposal had been previously rejected by the General Assembly, in spite of having the support of Governor Ralph Northam. 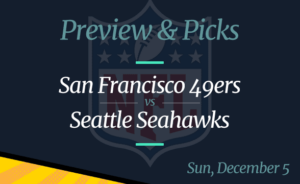