The new body will be named the NSW Independent Casino Commission and is expected to be much stricter in its regulatory actions and should be able to uphold all the new reforms in gambling regulation as it is itself a part of them.

New South Wales’ Independent Liquor and Gaming Authority (ILGA) will be replaced by the upcoming NSW Independent Casino Commission (NICC) as part of an overarching plan to reform gambling regulations throughout Australia. Kevin Anderson – Minister for Hospitality and Racing – has cited one of the reasons for creating the new regulatory body is supporting the 19 recommendations made in the report from the Bergin Inquiry into Crown Resorts, which found Crown to be unsuitable for a license.

The NICC will be operating under the reforms that will be proposed to Parliament and will have at its disposal the power to track and enforce compliance according to the new operating conditions. New fines will be implemented, allowing the NICC to fine gaming operators up to AU$100 million (US$69 million). Mr. Anderson also stressed that some other changes will be addressing the Bergin Inquiry directly, such as appointing an independent “monitor and auditor for every casino license holder” – this will be done by the NICC. Furthermore, casinos will also be banned from “dealing with junket operators” entirely, as well as a set of new strict requirements for “patron accounts” in the face of identifying player funds before they are allowed to gamble.

The NICC will be expected to closely adhere to the new rules and provide a much stricter control over suspicious activity inside casino halls. As part of that endeavor executives and even board members will be personally held liable in more severe cases. Furthermore, the NICC will be headed by a Chief Commissioner, with support from up to four additional Commissioners, one of whom will have a mandatory “anti-money laundering expertise”. Addressing AML breaches and general financial crimes there will be reforms to correct that, namely switching to cashless play and limiting the daily limit of cash transactions to AU$1,000 (US$690).

The new changes are expected to be presented to Parliament within a week or so, and are in line with reforms recently implemented in Victoria.

The Bergin Inquiry set the stage for more serious regulatory reviews into other casino operators as well, namely Star, which was subjected to the same style of investigation as Crown. The Bell Inquiry, as it eventually became known, saw an extension in April and at the very end of May, it also found Star unsuitable for a license.

What followed was a wave of some very significant changes, both within Crown, as well as Star, that eventually led to Crown being granted a conditional license. Within weeks after that Crown Sydney was reported to be opening doors soon.

Star’s story was a very convoluted one. Mere months after the review began, it saw its CEO step down, which was soon followed by other C-level executives leaving the company. The saga surrounding Crown’s shady practices continued with stories hitting the news cycle seemingly non-stop. Close to $10 million of stolen money disappeared with a former Star VP, taking around $1.3 billion from a dangerous Chinese billionaire, misleading shareholders, and the list just goes on and on. It’s no surprise, then, that Star is on a different path to Crown, reportedly being close to losing it license indefinitely or at least until some more serious internal changes take place.

These two operators might be considered as one of the biggest driving forces behind the newly proposed gambling regulation reforms. It’s unfair to say they singlehandedly did this as systemic changes in gambling regulation are needed throughout the world as a whole, especially with businesses picking up and digitalization affecting more and more sectors. 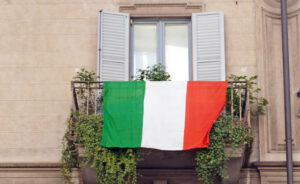