The long-awaited launch of Crown Resorts’ luxury casino at the Crown Sydney is finally about to happen. Australia’s first and only VIP casino will officially open and commence operations on August 8, 2022.

The Crown Sydney Gets a Provisional License

The Crown Sydney announced the opening date for its luxury casino venue at its skyscraper hotel in Barangaroo after it was finally granted a provisional license from the New South Wales Independent Liquor & Gaming Authority (ILGA).

The casino is targeted at premium customers and it will offer two luxury VIP salons duped the Crystal Room and the Mahogany Room. However, only one of them will be opened on August 8, the other one will be available at a later date. There will also be smaller private gambling rooms available at two levels of the building. In total, the premium casino will include 160 tables for gambling and 70 electronic games.

The casino license, which was given to Crown Resorts on a conditional basis, will allow the regulator to further assess whether the company fulfills all the requirements necessary to hold a casino license in New South Wales. This assessment period may last from 18 to 24 months. Since ILGA declared Crown Resorts as unsuitable to hold a casino license, the company has undergone serious structural change mainly concerning management, controls over money-laundering, and the corporation’s business culture in general.

Crown Resorts’ troubles began back in 2020 when in December Crown Sydney opened all attractions at the AUD 2.2 billion ($1.5 billion) integrated casino resort beside the main one – the VIP casino. The partial opening happened with a delay of two weeks as discrepancies were found in terms of the casino’s compliance with major gambling regulations.

This was the result of an inquiry from New South Wales ILGA that was to be followed by an extensive investigative report on the activities of the Crown Sydney conducted by the commissioner and former Supreme Court judge Patricia Bergin. The Bergin report came out in February 2021 and comprised a scathing 751-page inquiry into Crown Resorts and other casino stakeholders’ operations.

The main focus was the company’s ties to Asia and particularly China with a 19.99% stake sold to Melco Resorts & Entertainment, which is a casino operator based in Macau. Another concern was the poor money-laundering controls implemented by Crown Resorts. The report resulted in the ILGA declaring Crown Resorts as unsuitable to hold a casino license, making recommendations to the company for proposed actions that again lead to suitability. Since then, Crown Resorts has worked closely with ILGA in order to become compliant eventually receiving the long-awaited license. 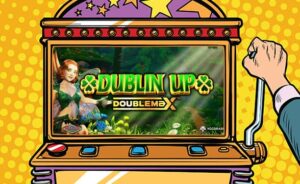 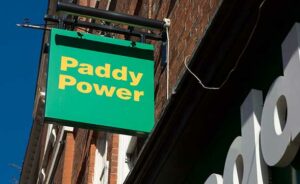