The government of New South Wales launches a cashless gaming trial in the state to fight against money laundering practices and gambling-related risks.

Approximately 200 Wests Newcastle leagues club members received access to the new cashless gaming technology on Saturday, October 8, as part of the three-month trial, which will test the operation of the said technology in real-life conditions and reveal the potential benefits for patrons and venues.

Kevin Anderson, minister for hospitality and racing, commented that the trial was part of a “new era,” in which innovations would provide extra convenience to customers by introducing new technologies, such as digital wallets. Players would have more control over their spending, while the regulatory authorities would identify easier the potential money laundering practices.

Anderson also added that the new cashless gaming technology, which had been developed by the Australian gambling machine manufacturer Aristocrat Leisure Limited, had been installed on 36 gaming machines at the venue. Bluetooth has been used to link patrons’ mobile phones to the machines. This way, customers could transfer money directly from their digital wallet on their phone to the machine.

Prior to playing, the digital wallet requires a confirmation of the patron’s identity. It is connected to the player’s debit card or bank account, which would allow authorities to identify easily where these funds come from, as stated by the minister.

The trial of the cashless gaming technology allows customers to set various types of limits such as the length of the session, frequency of play, the amount spent, and overall wagers within a certain period. After setting these limits, they cannot be altered in the next 24 hours.

David Ronson, Aristocrat Leisure’s managing director APAC, said that they were very proud of having proposed this trial because the payment solutions of plays on the cashless electronic gaming machines through the customers’ mobile phones is an innovative method that would improve the sustainability and vibrancy of the gambling sector.

Anderson commented that the trials would test different technologies and solutions, which would enable cashless gaming play in NSW, would minimize the gambling harm by respective measures, and would allow patrons to have more control over their wagering.

Inquires against Crown and The Star

In 2021, Crown Resorts and Star Entertainment Group reached a settlement agreement with the NSW Independent Casino Commission (NICC) to “transition towards cashless gaming”, while the new regulations determined a daily limit of AUD 1,000 ($690) on cash transactions for each customer at NSW casinos and require mandatory carded play. 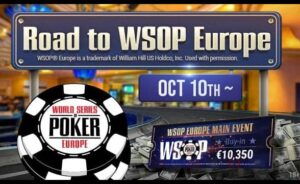 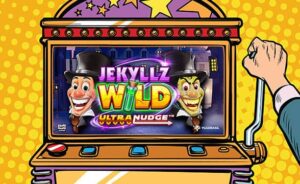