New South Wales Crime Commissioner Michael Barnes has directed criticism toward New South Wales MPs for devaluing the importance of the findings of the Report into Money Laundering via EGMs in Pubs and Clubs, which was made up as a result of an investigation conducted in collaboration by the NSW Crime Commission, the Independent Liquor and Gaming Authority, the Australian Criminal Intelligence Commission, AUSTRAC and NSW Police.

NSW Crime Commissioner Advocates for the Introduction of Cashless Transactions

The Age reported that NSW Crime Commissioner Michael Barnes is urging politicians to take heed of the recommendation by the Commission to introduce cashless transactions for electronic gaming machines (EGMs) at New South Wales pubs and clubs.

Following a major investigation conducted together by the NSW Crime Commission, the Independent Liquor and Gaming Authority, the Australian Criminal Intelligence Commission, AUSTRAC, and NSW Police, the Commission has made various recommendations, which include a compulsory system for cashless transactions, among other things.

The investigation showed that a large portion of the funds that patrons gamble at clubs and pubs in New South Wales are actually coming from criminal activities. The investigation has not been able to determine the precise amount.

Barnes has commented on the findings: “The lack of traceable data collected by EGMs means the exact scale of this criminal activity is impossible to determine but it is clear from our investigations it involves many billions of dollars every year.”

Barnes further added that following the NSW Crime Commission report, gambling establishments can no longer deny that they are accepting profits from criminal activities.

Politicians Question the Findings of the Report

Several politicians have openly opposed the results of the joint investigation. Other have been more cautious with their comments but no one really embraced the recommendations made by the NSW Crime Commission.

New South Wales State Member for Prospect Hugh McDermott has commented that the money laundering report included data that is quite contradictory and does not offer any proof that the use of no cash cards will resolve any issues.

McDermott further stated that only small amounts of money can be laundered through electronic machines and criticized the NSW Crime Commission that with this report they are disguising their failure to crack down on major criminals and criminal groups.

Greg Warren, MP for Campbelltown, where two of the largest clubs offering EGMs in New South Wales are situated, commented that he would like a trial to be conducted first before any changes to legislation are made. Warren also added that he refuses to support such changes, which could possibly lead to job losses unless they have a positive impact on the fight against gambling addiction as well. 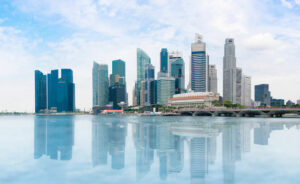