A lottery winner from North Carolina forfeited his luck by committing a murder. The victim was his girlfriend who was 31 years younger than him.

Hill Used to Be a Humble Person

Michael Todd Hill is a 54-years-old nuclear power plant worker from Leland, North Carolina. The man, described as a “nice guy” by his local community, lived a peaceful life. However, his luck was about to turn around when he won the lottery.

In 2017 Hill purchased an Ultimate Millions scratch card at a Maco Depot and was surprised to learn he had won $10 million. After that, the lottery confirmed his victory and he was invited to receive his check and pose for the photographers with his wife. He even gave $2,000 to the girl who sold him the ticket.

Hill’s life was changed forever. Sadly, it seems like the fame corrupted the once “nice guy” as he would go on to find a much younger girlfriend and would later murder her.

The Man Murdered His Much Younger Girlfriend

The crime happened in a hotel room in July 2020. Hill was staying at the SureStay Hotel in Shallotte with Keonna Graham – his 23-year-old girlfriend. Unbeknownst to her, Hill pointed his gun at the back of her head while she was sleeping and shot her dead.

A maid in the SureStay Hotel later discovered the body. Meanwhile, Graham’s family was desperately looking for her as she had failed to turn up for work at the Pender Correctional Institution.

The police later arrived at the scene and investigated the case. According to their report, they found a ziplock bag with a white powdered substance in the hotel room. Then, the autopsy report added that Graham perished while clutching a penny in her left hand.

It was not difficult to determine who the murderer was as the hotel surveillance footage showed that Hill was the only other person in the room.

Hill was arrested on July 21. Soon after, he confessed to the crime. During the trial, the prosecution uncovered the motive for the murder. The two had been together for a year and a half but their relationship may not have been very functional. Hill was allegedly angry with Graham as his young companion kept texting other men, prompting him to kill her.

Tiffany Wilson, a friend of Graham’s family was interviewed by WECT. She was shocked to learn what had happened and condemned Hill’s actions. She accused him of using his lottery winnings to seduce a girl who is 31 years younger than himself.

Because of his horrible deed, the lottery winner was sentenced to life in prison without the possibility of parole. 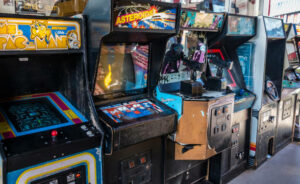 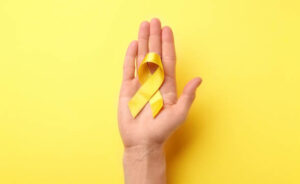