The association of online gambling operators in the Netherlands commented on the final proposal for the advertising regime provision of the upcoming KOA Act, strongly advising the introduction of advertising volume control.

The Netherlands Online Gambling Association (NOGA) criticized the proposed advertising regime in a response to the final advertising and marketing guidance issued by the national gambling regulator Kansspelautoriteit (KSA) earlier this month.

Since there is nothing to stop land-based casino and lottery operators from excessive advertising, Peter-Paul de Goeij continued, Holland Casino, Gaston and Koning TOTO will be able to promote their offline offerings as frequently as they want, with a strong possibility of flooding the audience with gambling ads.

The viewer does not make the distinction between offline and online at all – the consumer just sees an irritating gambling ad. In addition, gambling advertisements of today’s gambling providers are already ubiquitous; on television, radio, internet, bus shelters and in our letterboxes. Let’s face it, consumers find too many gambling adverts just irritating.”

In an attempt to prevent such flooding from happening NOGA has been calling on the industry and any other stakeholders to sit around a table and agree a limit on the total amount since 2019, NOGA’s director continued. The need to achieve this cross-industry advertising volume control agreement is even greater now, as the legalization of online gambling is fueling industry growth, he added.

If we do not prevent this from happening, there may be a ban on gambling advertising introduced soon and then we will not be able to persuade consumers to play at a legal gambling site. NOGA therefore advocates advertising volume control.”

Despite representing the majority of future online gambling licensees with its ten members, NOGA was not allowed to equally participate in the writing of the advertising code, which was done by a group of land-based gambling providers, and “was unable to contribute” to the process by “the varied and extensive international expertise” NOGA members have acquired in other European markets, Peter-Paul de Goeij continued.

Not hiding the disappointment that it was only offered to comment on the final draft version of the code as a sweetener and its arguments were brushed aside, NOGA expressed it will turn the page and support the code but only if control on advertising volume is introduced so that an advertising avalanche is prevented. 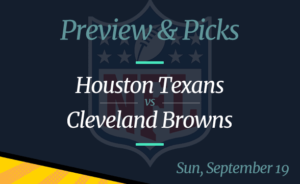