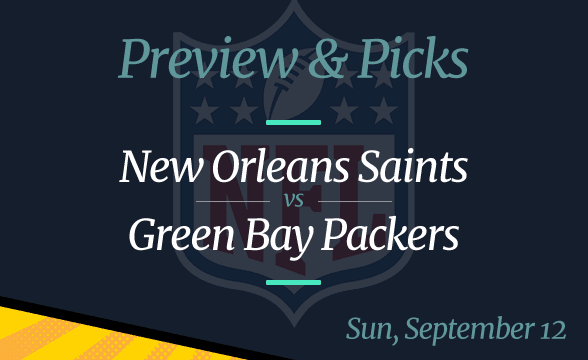 Due to Hurricane Ida, the New Orleans Saints’ home opener was moved from Louisiana to Florida. Instead of hosting the game at Superdome, the Saints will use the Jaguars’ stadium in Jacksonville as their temporary home.

TIAA Bank Field is where the Saints will welcome the Packers, a team that’s one of the main favorites for winning the NFC this year.

All odds are per MyBookie as of September 8.

Where and When to Watch Cardinals vs Titans

The man who’s been synonymous with the New Orleans Saints since the early years of the 21st century is no longer there. Following the conclusion of the 2020 season, quarterback Drew Brees decided to retire after spending 15 years with the team.

His replacement in 2021 is going to be Jameis Winston, who’s started a total of 70 regular-season games in the NFL so far. All of those starts were while he was a Tampa Bay Buccaneer. When Tom Brady signed for the Bucks in 2020, Winston moved to New Orleans. However, in his first season as a Saint, he played only four games, starting none.

The reason was that the starting QB role last season was shared between Drew Brees and Taysom Hill. Brees is no longer there, while Hill remains a backup. It’s now questionable whether Hill will get his chance in the upcoming games, as the Saints just recruited QB Trevor Siemian. It all depends on how Winston performs against the Packers.

As per the new deal he has with the Packers, Aaron Rodgers will be allowed to leave the team after the end of the 2021 season. What’s going to happen probably depends on how far the Packers go this year. Rodgers’ beef with management started following the team’s early playoff exit in the previous season.

Even though he wanted to leave Green Bay during the offseason, Rodgers is still here. To persuade him to stay, the team signed one of his BFFs, Randall Cobb. The wide receiver used to play for the Packers from 2011 to 2018 before moving to Dallas.

Another great achievement of the Packers management is that they also persuaded wide receiver Davante Adams to stay at Lambeau Field. The same as Rodgers, he also wanted to get out during the offseason but decided to stay put.

Pick: Green Bay Packers win, cover and the Under hits.