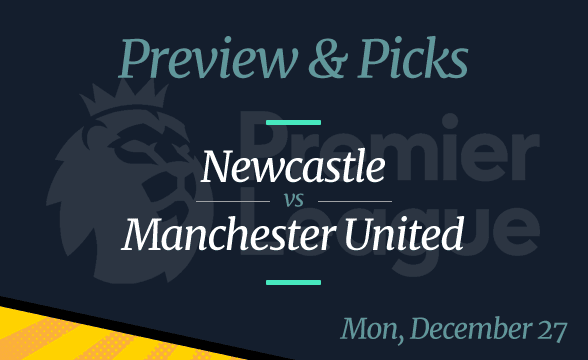 Can they put an end to their losing streak? They will surely try. Fan support from the stands of St. James’ Park will surely give them a morale boost. Another thing going in favor of Newcastle is that they’re facing banged-up Manchester United.

All odds are per FanDuel as of December 20.

A few months ago, UK businessman Mike Ashley sold Newcastle to a consortium from Saudi Arabia. The new owners have huge ambitions for the club, planning to follow the path of Manchester City and other clubs with rich owners.

Proof of this is that they’re reportedly working on splashing big money on signings during the window transfer window. Some of the players rumored to be on their radar include Phillipe Coutinho, Anthony Martial, Kieran Trippier, and so on.

However, there’s a problem – those players surely aren’t going to be willing to sing for Newcastle if the team is going to get relegated to the Championship.

At the moment, the Magpies seem to be heading that way. They’re currently just one spot off the very bottom of the Premier League table with just 10 points after 18 games. That’s one game more than Norwich, the team from the bottom.

The Magpies have been horrible throughout the season, which is why the new owners decided to sack Steve Bruce and appoint Eddie Howe as the manager. The former Bournemouth boss, however, hasn’t done much to improve the team, although they did get their first (and so far, the only) win of the season when his reign started. Newcastle needs to snap out of lethargy and start winning more points ASAP.

Same as Newcastle, Manchester united also recently got a new boss. The man in question is Ralph Rangnick, who will be in the role of interim manager until the end of the season. Since his arrival, the Red Devils have been recording some decent results, winning four and drawing two, without a single loss.

They haven’t been playing too attractive soccer, scoring just one goal in four of their previous five games. The main reason is that Rangnick likes to see his boys playing cautiously. However, there’s another explanation why the Red Devils haven’t been scoring a lot – they’ve been having serious problems with injuries.

Two of their strikers – Edinson Cavani and Anthony Martial – are injured. The same goes for their midfield playmaker Paul Pogba. Those guys will probably miss Monday’s game as well, but that shouldn’t cause too big problems to their team. With or without them, Manchester United is going for a win in Newcastle. Still, we probably aren’t going to see too many goals.