The Dutch Online Gambling Association (NOGA) has announced the launch of a charity campaign called “Warm Your Club.” The campaign is aimed at sports clubs in the country that need an extra hand to cover their monthly bills amid the rising energy costs.

Many sports clubs in the Netherlands are facing difficulty maintaining their facilities warm during the cold season while maintaining their regular operations. Up to 30 clubs and sports associations will receive the NOGA grant.

They are now eligible to receive a one-time payment of €5,000 ($5,269) as part of the new initiative developed by NOGA. The idea behind the charity campaign came as a result of the authority noticing that a large number of Dutch sports clubs were forced to prevent players from using their changing rooms, turn off their showers, and face the lingering risk of potentially filing bankruptcy. All these problems convinced NOGA to develop the “Warm Your Club” campaign and aid sports associations and clubs in their endeavor to keep their facilities and activities running uninterrupted.

Dutch sports clubs interested in obtaining the NOGA grant must send an application that should also explain the reasons why they would like to participate in the charity campaign and receive funding. Sports clubs and associations are only permitted to send a single application. Registrations will be open starting December 2 with an end date set for December 7, 2022.

The applications will be assessed independently and substantive tests will also be undertaken with the applicants. Approved clubs and associations will receive an email informing them of their success prior to December 8.  In September, LiveScore Bet joined NOGA, attempting its desire to stay committed to safety while joining other prestigious companies like Entain and bet 365 that are already part of the association. In October, NOGA announced Games Global has become a fresh Business-to-Business member of the trade association, further aiding them in their attempt to reunite the online Dutch gaming market under the same rooftop. 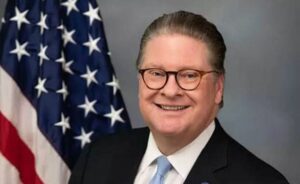