A bill proposing a smoking ban for casinos in New Jersey was introduced back in 2020. Since the start of the pandemic, such a ban was implemented for gambling venues but remained in place only temporarily until it was lifted in July this year.

Currently, it looks like tax breaks for casinos are a topic that is more important for lawmakers in the state. In fact, legislators have been acting rather quickly, and final voting on the casino tax break proposal may happen next week. This is precisely what caught the attention of casino workers who are quite unhappy that the smoke ban proposal hasn’t progressed at all for quite some time.

Delay of Smoke Ban Results in Protests by Casino Workers

Some two dozen casino workers gathered in Trenton earlier this week to protest against the delay of the smoke ban bill. The workers protested on Thursday and urged lawmakers to take action and protect their health.

Although smoking is prohibited within indoor spaces in New Jersey, there is a single exception to that rule. The exception applies to casinos only. The casino employees are unhappy to work while inhaling secondhand smoke. However, the casino industry has previously voiced its concerns multiple times that a permanent ban on smoking may lead to a decline in revenues. With that in mind, for the moment, indoor smoking is allowed within 20% of the casinos’ floors.

It was last month when Senate President Stephen Sweeney acknowledged that serious talks about the smoking ban are yet to happen. Back then, he revealed that “deep dialogue” is needed on the topic, which hasn’t even started. In contrast to Sweeney’s opinion that discussions are needed, Governor Phil Murphy has supported a possible smoke ban. In fact, he has vowed to sign such a proposal into law once it receives a green light from the lawmakers in the state.

Understandably, a decrease in revenue sounds like a reasonable concern for casino operators. However, the point of view of the casino employees is that secondhand smoke brings them health issues. A Borgata dealer named Angela Martinelli that participated in the recent protest spoke to the Associated Press recently and revealed that after working at casinos, she had developed emphysema. Martinelli outlined that her lungs have continuously been getting worse, and this is proof that “secondhand smoke creates destruction.”

Another Borgata dealer named Lamont White with 36 years of experience urged lawmakers in the state to switch their focus from tax cuts to the health of the casino workers. White asked why New Jersey doesn’t care for its casino workers. He urged legislators to take action and not leave casino employees “behind in the smoke.”

It is now clear that the debate on smoking inside casinos in New Jersey continues. But after all, it is up to lawmakers to decide on whether to act and push forward the smoke ban or keep the status quo. 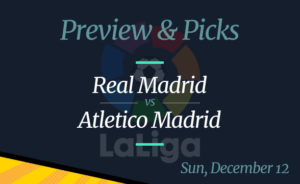