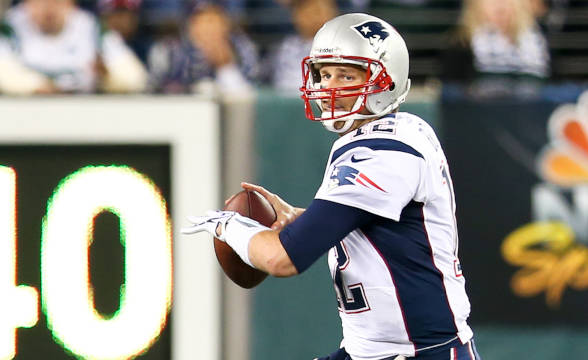 Aristocrat Gaming is definitely working hard at expanding its operations and footprint, and developments in the sports betting industry in the US are one of its focal points. It’s only been a month since the Bay State legalized sports betting and Aristocrat is already in a partnership with a successful Massachusetts NFL team – the New England Patriots – and NFL-themed slot machines will soon carry that signage in-game.

On September 13 NFL’s New England Patriots and Aristocrat Gaming announced a multi-year official partnership deal that also includes the Patriots’ Gillette Stadium. The news release on Aristocrat’s website details that the new deal will see its signage prominently displayed year-round with in-game branding, in-stadium signage, as well as on the concourse. That’s not all, however, as in-game promotions and game-day activations are also slated to be featured when the game launched.

Hector Fernandez, chief executive officer of Aristocrat Gaming, said the company was “ecstatic” to partner with the New England Patriots, naming them “one of the most successful and legendary franchises in the NFL.” Mr. Fernandez also mentioned that the company is looking forward to bringing “NFL-themed slot games to casinos across Massachusetts” in general, possibly hinting at other potential collaborations of this sort throughout the country.

On the side of the New England Patriots, we had words from Murray Kohl, Vice President of Corporate Sponsorships for Kraft Sports + Entertainment, which owns the team. He commented in the same tone as Aristocrat’s CEO, saying that the company is “thrilled” to work with Aristocrat’s “innovative team”, detailing that the Patriots branding is expected to be featured on Aristocrat’s “slot machines nationwide”.

Back in April Aristocrat was quick to point out that its contract with the NFL for NFL-themed slot machines was the “first deal of its kind for the NFL,” aiming at “bringing new gaming experiences to NFL fans on casino floors.” Joe Ruggiero, SVP of Consumer Products at the NFL cited in the news release on Aristocrat’s website that the NFL-themed slot machines are expected “globally”, reaching “the casino floor and beyond”, as Mr. Fernandez had put it back then.

This new partnership deal between Aristocrat and New England Patriots certainly seems to be a great step in the right direction, and if timelines from the first announcement of the NFL partnership are anything to go by, then 2023 seems like a plausible launch date target.