Nevada’s eSports Technical Advisory Committee announced it would begin formulating its recommendations on eSports gambling next month. The committee was established in 2020 after Nevada lawmakers requested a means to standardize the eSports betting process.

The Committee Is Ready to Give Recommendations

Committee member Seth Schorr stated that the meeting was productive and had provided the committee with the needed information to make informed recommendations. Schorr is the CEO of Fifth Street Gaming, a Las Vegas-based full-service hospitality and casino management company. According to him, Nevada would soon be able to allow eSports wagers without fear of integrity violations.

The most significant point of contention is whether eSports should fall under the existing Regulation 22. The document primarily concerns sportsbooks and controls all aspects of their operation. In addition to record-keeping and parlay bets, these include what type of bets they can accept. According to Schorr, as long as eSports is defined as a sport, operators should be able to treat it the same, as long as the event conforms with the existing regulatory guidelines. The Fifth Street Gaming CEO drew comparisons to dart leagues which did not require direct approval from the Gaming Control Board. Instead, it was up to the operators to decide whether the event met the necessary qualifications.

As of now, sportsbooks need to acquire special permission from the Nevada Gaming Control Board to allow bets in eSports events. This permission only applies for a specific tournament and must be renewed for any new league. Committee members have agreed that eSports wagering is similar to betting on traditional sporting competitions. They now need to determine whether there is a need for specific regulation. eSports tournaments could be treated as any other sporting event, provided the Gaming Control Board agrees that existing regulatory protections are sufficient to prevent match-fixing and other forms of cheating.

Vice President of Innovation at Boyd Gaming, Eric Bowers, was eager to offer some advice to the Commission. He proposed several ideas for attracting the most customers once eSports betting receives regulatory approval. He agreed that Regulation 22 was sufficient and the primary focus should be marketing, branding, and a successful launch.

If we can have the best of both worlds, that would be great. Put it under Reg 22, but maybe on a technology aspect, launch it on its own.

Bowers envisioned the need for a separate betting app focused on live streaming. He expressed confidence that if handled correctly, the official launch of eSports betting in Nevada would draw significant interest, and the venture would greatly benefit everybody involved. 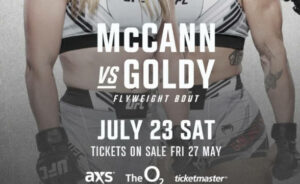