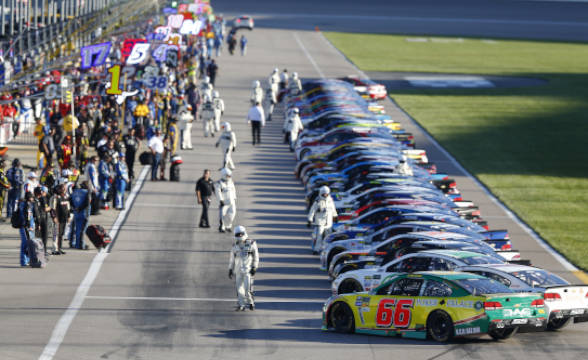 NASCAR’s next destination is Kansas Speedway where the 2022 AdventHealth 400 will be run on Sunday, May 15. It’s the 13th event on the 2022 NASCAR Cup Series calendar, meaning that we’re halfway into the season. What this means is that things are starting to heat up in the Drivers’ championship, where Chase Elliott is currently at the top of the standings.

The #1 driver, however, isn’t the top favorite to win the AdventHealth 400 race. He’s sitting in the second spot in the list of favorites, just behind Kyle Larson. To learn why that is the case, keep on reading our AdventHealth 400 preview.

Kyle Larson Looking for His First Win in Kansas

The AdventHealth 400 race was added to the NASCAR Cup Series schedule in 2011. Since then, eight different drivers have won the race, but Kyle Larson isn’t one of them. The reigning champ doesn’t have a great record at Kansas Speedway, finishing in the #19 position last year.

Oddsmakers, however, think he might do it this weekend. Although Larson hasn’t been great this season, now might be the right time for him to step up. As a reminder, the last season’s winner won just one race in 2022 and is coming off a poor performance at Darlington a week ago.

Elliott has been brilliant this season, recording a top 10 finish in nine of the 12 races he’s driven so far. Two weeks ago, we saw him win his first race of the season – 2022 DyraMAX Drydene in Dover.

In his most recent race, Elliott finished fifth, which isn’t too bad of a result, especially knowing that several elite drivers failed at Darlington Raceway.

When it comes to his performances in Kansas, we saw Elliott finish fifth last season. During his championship-winning season of 2020, he finished in 23rd place at Kansas Speedway. That said, this might not be his favorite race, but you can be certain he’d love to break the curse this year and win it for the first time ever.

Kyle Busch is the defending champion of the Kansas race, having won the race in 2021. It was his second career win at Kansas Speedway, with the first one happening in 2016. This guy would love to win it again, which would mean bouncing back after a poor result in Darlington last weekend.

It’s a similar story when it comes to Denny Hamlin. He too is a two-time winner of the Kansas race who cannot be too proud of his performances in 2022. Although he did win one race this season – Toyota Owners 400 in Richmond – everything went sideways for him afterward. In fact, his best finish in the previous five races is the #18 place.

All the drivers we discussed in our AdventHealth 400 preview have a pretty good chance of winning on Sunday. Larson and Elliott are the two top favorites for a reason – it’s very, very likely one of them will win.

Still, if we see Busch or Hamlin triumph in Kansas, no one should be surprised. Nevertheless, if we had to pick just one driver, our choice would be Chase Elliott. After all, the guy’s been nothing short of fantastic in 2022. 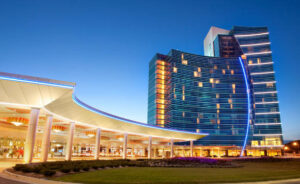 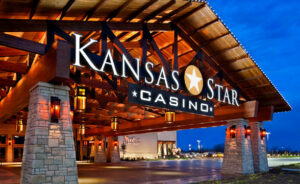