After a long battle to legally bring sports betting into the lives of sports aficionados and bettors in Kansas, state representatives have finally signed the much-anticipated bill.

The new legislation will enable residents to place sports wagers using phones and dedicated computer apps at any of the four land casinos owned by the state. The bets will also be available at up to 50 other locations hand-picked by each of the venues. Right after the news was announced, Kansas Star Casino in Topeka decided to sue the state for $25 million and interest over an unrelated section of the law.

The main trigger for the lawsuit initiated by the casino operated by Boyd Gaming is an alleged breach of the terms of the contract. According to the contract supervised by Kansas Lottery, the lottery does not allow the casino to have any sort of competition in the Wichita region. The main dispute refers to the provision that would allow new gambling devices to be brought back at Wichita Greyhound Park, a track that has been closed for 15 years.

The respective gambling devices are called “historic horse racing machines”. The newly passed law that was set to debate in the state House committee last March would allow as many as 1,000 of these machines to be set up at the park. Boyd Gaming believes there is no actual difference between these devices that replay short sections of former races to offer bettors winning combinations and slot machines. While the law handles them as racing machines, they play similarly to slot machines. Boyd called the two “indistinguishable” while emphasizing the fact that state authorities should not accept them at the tracks.

State Representative John Barker is one of the Republicans who contributed to the final draft version of the new sports betting law. He commented upon the existing difference of opinion on the matter of slots versus historic horse racing machines, adding only the state’s Supreme Court could rule over the matter. Barker also added that this matter should not influence the new legislation regarding sports betting.

Boyd Gaming’s Contract Will be Valid for Four More Years

Boyd Gaming’s contract with Kansas Lottery will be valid until December 2026, which makes the new lawsuit even riskier. Over the years, according to an official statement issued by the company, Boyd has “lived up to its obligations”, while investing hundreds of millions in the casino.

Even more, the company added that it fully supports the legalization of sports betting in the state. The company is now, however, going after a $25 million interest and interest, as mentioned in the contract.

The lawsuit that was filed in Shawnee County District Court has the Kansas state as a defendant, together with the Kansas Racing and Gaming Commission and the Kansas Lottery. 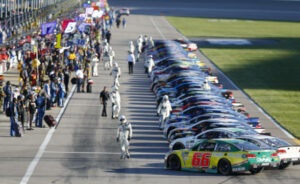 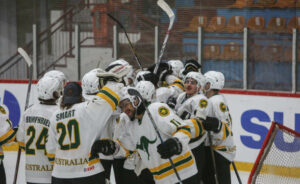