Blockchain-powered Mymundo platform offers users an opportunity to bet on music and try a completely different experience, powered by the Mundo token.

Mymundo Create an Opportunity to Bet on Music

Mymundo has launched its innovative betting platform powered by blockchain and focusing on making successful predictions about the next big thing in music. The premise of the platform is simple. You place bets in the native cryptocurrency, the Mundo, and try to predict the success or failure of the next big music hit.

The platform allows players to not only benefit from placing a successful wager but to supposedly get inside info on what up-and-coming songs and artists are. At the same time, Mundo says it will enable consumers to tune in and listen to the latest hits on its platform, creating a sort of blockchain-powered Spotify with a gambling twist.

There are other reported benefits within the unique ecosystem of the app, allowing you to benefit from achievements, improving your own rankings, and unlocking special rewards, most of which will be disbursed to you in the proprietor Mundo token.

Mymundo tries to innovate and tap into several segments at once. The platform has also been localized in German already, hoping to target multiple audiences similar to other streaming and betting platforms.

Music Betting May Be Here to Stay

The platform itself is crafted by two individuals, head of design & branding Daniel Latsch and head of marketing & concept Christian Peitz. Their invention is an interesting opportunity to explore alternative betting markets.

For the most part, the majority of betting action has been solely focused on sports, but electronic sports, entertainment contests, and even popular TV shows and politics have become a part of the landscape. Peitz and Latsch’s invention promises to innovate on the number of available markets to bet even further.

There is, however, somewhat of predeterminism in choosing music that will be the next big thing. Most established artists will always top the charts because of popular demand. This begs the question of how would Mymundo circumnavigate bias to make its offer appealing enough. The project is still a work in progress, the co-founders have said.

Interestingly, there have been several sportsbooks to already offer such markets, accepting bets on music events. Meanwhile, music as such has been known to affect gambling behavior, a study has shown.

Widus Makes a Bold Push in the Philippines

Why Nano and Blockchain are the Future of Gaming 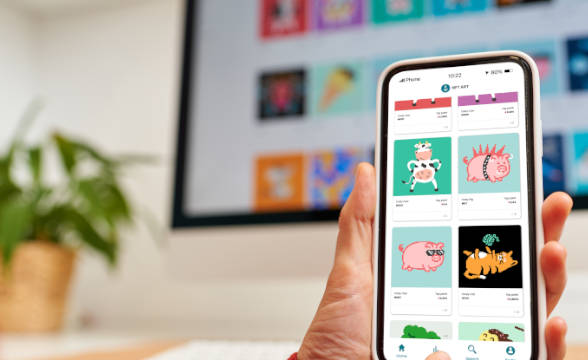 Despite the recent Bitcoin crash, crypto gambling seems to be expanding, and the partnership between Oly Sports and Betswap is another example of that. NFT Horseracing Coming to Metaverse Oly Sports is an online horse racing NFT-based platform, where “players can buy, breed, and race virtual horses, which are represented by NFTs,” and Betswap will […]