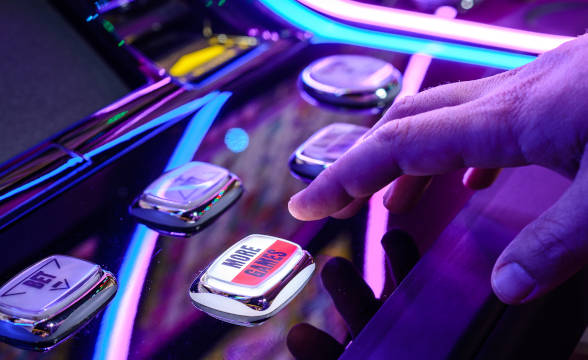 While highly lucrative, this enterprise may not be exactly legal, and the lack of regulatory clarity is only making things worse. The alleged unregulated video gambling machines sprout in restaurants, convenience stores, and bars in the southern part of Missouri, installed there by PB08 Electronic Ventures Inc, a Gravette company, and Lone Wolfe Entertainment LLC based in Centerton.

The owners of the establishments where the gambling machines are installed welcome the opportunity as the vertical are popular and they generate a tidy revenue. Missouri Lottery director May Scheve-Reardon is worried that the rapid proliferation of these machines is not considering the current lack of regulatory clarity.

But out-of-state companies continue to press on with their expansion of gambling machines, worries the director, who acknowledges that these machines will soon start biting into the revenue the lottery itself generates. One of the most controversial companies to date is Torch Electronic which has been insisting that it has the legal right to continue installing such machines.

That has understandably caused the company some headaches. Journalists have probed into the alleged ties between the company and lobbyists looking to push more favorable laws toward gambling machines. Meanwhile, attempts to strike down these gambling machines have resulted in failure.

The lottery worries that as these machines proliferate – “we will be swimming in them” as per the words of Scheve-Reardon – lottery ticket sales will start falling off, cutting deeply into the money that would otherwise go to state good causes and funds. Ticket sales are already down 4.8% in 2022, but whether this can be attributed to the machines remains to be seen.

After last year there were promises to “deal with the machines once and for all” the last legislative session adjourned in May without making any noticeable progress as to whether these machines are legal or illegal. A framework that would have begun to legalize the machines and force them to pay tax or do away with them once and for all was not produced during the session.

Missouri is a strange outlier in the sea of regulated gambling which is washing over the United States. The state will have to batten down the hatches and just accept that gambling machines will be part of its gaming industry – whether this is regulated or otherwise.

Wynn Resorts Least Affected by Inflation Due to Wealthy Customers