One of the six concessionaires in Macau, SJM Holdings, has seen its future outlook changed to ‘negative” by Moody’s Investors Service following a review of its ratings this week.

The rating agency also confirmed SJM’s Ba3 corporate family rating (CFR) and the B1 rating on the senior unsecured bonds issued by Champion Path Holdings and guaranteed by SJM. Moody’s also revised the outlook for these securities to negative from ratings under review to conclude the review for downgrade which began at the end of October 2021.

Sean Hwang, assistant vice president and analyst at Moody’s commented that the confirmation on both ratings takes into account the completed refinancing of the company’s loan facilities that ensure adequate liquidity for its operations in the next 12 months, at least.

As for the negative outlook, Hwang stated that it “reflects the high uncertainty surrounding the pace and extent of SJM’s earnings recovery, and our view that SJM’s financial leverage will likely remain very high over the next 12-18 months.”

Following the recent refinancing of its HK$9 billion ($1.147 billion) term loan facility and HK$10 billion ($1.275 billion) revolving credit facility in June with a syndicate of banks, SJM Holdings will repay its existing loans and replenish liquidity and has no large debt maturities until January 2026, the ratings agency explained.

Consequently, Moody’s estimate that SJM will have cash of between HK$6 billion ($765 million) and HK$6.5 billion ($828 million) is more than enough to cover the company’s cash needs over the next 12 months, including construction payments due in the period and the expected cash burn that is likely to continue throughout 2022.

Factoring in the expected revolver drawdown within the next 12-18 months and the HK$1.9 billion ($242 million) convertible bond for the acquisition of Oceanus property from Sociedade de Turismo e Diversões de Macau (STDM), Moody’s analysts concluded that the company’s adjusted debt, including liabilities, would increase to around HK$30 billion ($3.824 billion).

On the earnings side, Moody’s sees a protracted recovery due to the surge of new coronavirus cases in the SAR in June and the restrictions on traveling, estimating that Macau’s mass-market gaming revenue will be around 40% of the pre-pandemic levels and will likely rise to 80% in 2023.

Full recovery is not expected to take place before 2024, Moody’s believes, unlike Credit Suisse which stated recently the gaming industry in the SAR would likely recover fully in 2024 while both the rating agency and the investment bank are certain that the VIP segment is unlikely to recover due to the crackdown on junket operators.

Moody’s concluded that its forecast of 10x adjusted debt to EBITDA in 2023 would not fall below 5.1x in 2024 but would still be in line with CFR’s Ba3 rating, yet there are significant risks related to the pace and magnitude of earnings recovery, hence the negative future outlook. 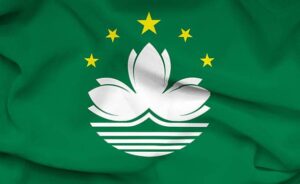 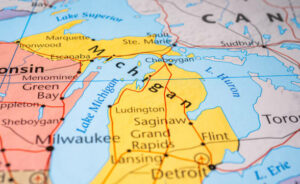