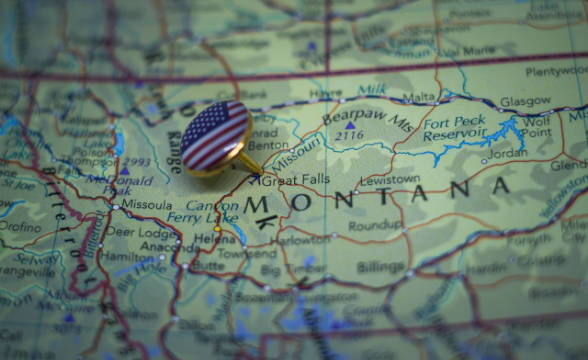 The State of Montana has received close to $255 million in tax revenue from video gaming machines and various other games, including video poker and keno, in the period between 2018 and 2021. The data, revealed by the Department of Justice, offers an insight into the financial impact that regulated gambling can have on a state budget.

Hefty Contributions to the State Budget

Gaming machines are levied at 15% with a total of $1.7 billion wagered throughout the period. This has been achieved through 1,400 licensed gambling operators with more than 16,000 video game machines available in the state. Video keno machines have been around for a while – since 1976 when the Montana Supreme Court deemed them a legal form of gambling.

Despite the solid windfall, though, businesses that generate money from gambling are not necessarily required to contribute to problem gambling and treatment initiatives. Both Gambler’s Anonymous and Montana Council on Problem Gambling have to rely on voluntary contributions, and they are not much. In 2019, the Montana Council on Problem Gambling said it had received only $220,000.

The Council has been able to receive assistance from five volunteers in 2019 who agreed to work up to five hours per week. While there may not be a lot of funding going into the council, a clinical social worker by the name of Robert Piccolo spoke with the media and confirmed that things had been much better in recent years, with everything running “as it should.”

Piccolo though admits that there is no clear understanding of how gambling addiction works and what factors actually trigger the condition in people. However, seeking help early is important to ensure that more serious consequences can be avoided. Data on problem gambling is a little scant in Montana.

A study conducted in 2012 estimated that 2.2% of the population was addicted to gambling. Fast-forward to 2016, and the Treasury State was named the fourth most gambling-addicted state in the country. The state still remains one of the loners when it comes to addressing the issue.

Montana has no public funding that goes into creating and tackling gambling-related harm. Instead, the Montana Council on Problem Gambling relies on voluntary work and donations.

BCLC and Saskatchewan to Launch New Gaming Website in November