Midnite, an esports betting agency operating out of the United Kingdom, has secured two new additional hires, as the company seeks to boost its content and social media products, Esports Insider reported.

Louis Corps and Harry Layton, who previously worked with competitor Rivalry, have joined in the quality of VP of content and social and head of social media respectively. The hires are well-seasoned veterans with a passion for competitive gaming and are well-versed in how the esports betting industry operates.

Midnite CEO and co-founder Nick Wright spoke with the media and expressed the company’s confidence in securing the two hires as well as in their relevant skillsets. Midnite, Wright said, had big ambitions, and Corps and Layton are an integral part of that.

With the company looking to grow and expand, Corps and Layton will work hard on Midnite’s content strategy to achieve better brand engagement. Corps said that Midnite has all the makings of becoming a global champion in esports betting, reaching out to audiences successfully.

The company recently had to cut all ties with a third party that was accused of creating an esports ad that broke the Advertising Standards Authority’s, the UK’s media watchdog, code of conduct.

Previously in June, Midnite teamed up with Esports.gg, a media focused on competitive video gaming. Midnite’s odds feeds are now used by the publication to create more detailed-oriented pieces of content about and around esports betting and gaming in general.

Meanwhile, the week proved important for esports partnerships. Betway, an established betting agency, extended its partnership with Beastcoast, and Parimatch, another respected sportsbook with a focus on esports, did the same by extending its collaboration with Team Spirit through 2022. 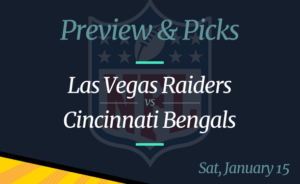