A 69-year-old man from Michigan whose identity has not been disclosed has won a whopping $5.42 million jackpot at Lotto 47. This marks the second-biggest lottery prize ever to be won online from playing a Michigan Lottery game. The record is still held by two very lucky players who took home $5.75 million last February and March. The two each won a prize that would have brought them $1,000 a day for life while playing the Lucky For Life game online. Both players agreed to receive their prizes in the form of a one-time lump payment that totaled a massive $5.75 million.

The Winner Bought the Ticket via the Michigan Lottery Site

The Michigan lottery winner bought his ticket using the official website that belongs to the Michigan Lottery. He stated that he enjoyed playing the lottery online and that he had about $280 in his account from a more recent lotto win. However, he had not played Lotto 47 “in a while,” which made him buy 15 tickets. He marked one of them with the winning numbers that were drawn at the end of September: 02-05-14-30-32-42.

The following day, while checking his email, he noticed a message from the Michigan Lottery announcing that he had won a prize. However, the email did not mention the actual amount. Once he logged into his online account, he discovered that he had hit the big jackpot, which made his head “start spinning” without stopping ever since. The Michigan Lottery allows winning players to remain anonymous, and this is what the 69-year-old chose to do as well.

The Michigan Winner Opted for a One-Time Lump Sum

The man visited the Michigan Lottery headquarters and claimed his prize in the form of a one-time lump sum payment of around $3.8, instead of the regular 30 annuity payments that would have been distributed for the full amount. His good fortune signaled the sixth Lotto 47 jackpot to be won in 2022.

The winner explained that while he and his family were not “struggling financially,” the jackpot meant that they would not have to “worry about money” in their retirement years. He expressed his desire to pay bills and save the remainder of the jackpot for the upcoming years.

all Lotto 47 are held on Wednesdays and Saturdays at exactly 7:29 p.m. players can buy their tickets from retailers or the official lottery website. In June, Pollard Banknote announced the launch of the PAC-MAN lottery game via the Michigan Lottery. 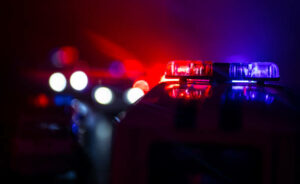