Maxim88, a leading online sportsbook in Asia, has signed a new ambassador in the face of Michael Owen. Owen’s seasoned career has taken him through teams such as Manchester United and Liverpool in which he realized his potential and inscribed his name in the pantheon of present-day soccer legends. He played for the English national team and will now leverage his image and likeness to help Maxim88 build its footprint in Asia further.

Owen is touted as the best Premier and English League striker of his time and has been one of the most accomplished players. He scored 118 goals in 216 appearances for Liverpool and had 158 goals across 297 appearances in the Premier League. Owen has played in other teams, too, including Newcastle and Real Madrid.

This new partnership comes on the tip to promote the upcoming kick-off for the Premier League’s new season, which is set to start on Saturday, August 6. Owen will assist Maxim through digital campaigns and activations, participating in marketing messages in a bid to give the operator a bigger boost in the region and reach larger audiences.

Maxim88’s self-professed aim is to strengthen its presence in the Asian market and bring the best possible betting opportunities to soccer fans in the region. Owen welcomed the opportunity to be joining the company as its ambassador:

I am delighted to join hands with Maxim88 for their marketing initiatives in Asia. As a brand ambassador, I am looking forward to engaging with more sports fans and am committed to giving my absolute best in this partnership with Maxim88 to represent all the great qualities that Maxim88 stands for – outstanding, innovative, and entertaining.

Maxim88 responded in kind and welcomed the opportunity to be teaming up with the legendary striker. The partnership is an important step forward for the operator which is looking to associate itself with some of the biggest names in soccer and beyond. Company spokesperson Adam Hong praised Owen’s soccer career and the man himself and said that thanks to this association, the operator will have the opportunity to engage in new and meaningful ways with audiences in Asia.

Michael Owen has grabbed quite a few headlines of late. He has been known to appear and promote products for a number of betting and gaming companies. Most recently, he signed a partnership to advertise a campaign for The Pools. Michael Owen also became a brand ambassador for Punt Casino in another recent tie-up back in May. 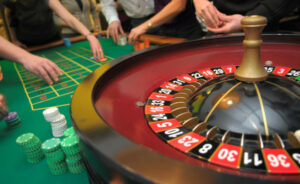