Curfew and closure of entertainment venues was introduced to Miami-Dade county following record numbers of positive COVID-19 cases in the last two weeks.

Miami-Dade Mayor Carlos Gimenez announced on Thursday that some entertainment places will close starting from yesterday, July 3. Furthermore the mayor introduced a 10 PM curfew. These measures were introduced due to the increasing number of positive COVID-19 patients.

In the past two weeks, hospitalizations as well as positive cases have shown new records which resulted in stricter measures. With that being said, it’s important to mention that the end date of the strict measures is yet to be revealed. As per the Mayor Gimenez’s order, entertainment spaces such as strip clubs, casinos, movie theaters, and other similar businesses will have to shut doors. Currently, no official statistic shows exactly how many entertainment businesses will be affected.

Florida’s casinos as well as other businesses closed their doors back in mid-March. This was an effort of the state officials to reduce the spread of COVID-19 in the state. Back in June, after nearly three months of suspended operations, casinos and other entertainment venues were allowed to reopen. Now, some six weeks after reopening their doors, those venues will have to shut down operations once again. It’s important to mention, that the many industries, including the gambling industry, took a heavy hit by the COVID-19 pandemic. With the recent closures, this damage keeps expanding.

COVID-19 Spread on the Rise, Mayor Gimenez Takes on the Battle

In a statement, Mayor Gimenez said: “This curfew is meant to stop people from venturing out and hanging out with friends in groups, which has shown to be spreading the virus rapidly.” Besides the curfew and closing of entertainment businesses, the mayor also introduced a mandatory wearing of masks for all public places within the county.

Gimenez also pointed out that additional restrictions will be enforced for restaurants. Restaurant visitors will have to wear a mask at all times with the exception when drinking or eating. With that being said, the previous rules said that restaurant visitors can remove their mask when they sit down. Further details on the restrictions for the restaurants are yet to be released. What is known so far is that the restaurants can keep delivering food to client’s doorstep. In that line of thoughts, it’s important to mention that state employees and essential workers are exempted from the mayor’s curfew.

Statistics for Miami-Dade’s COVID-19 positive cases show an excessive of 1,300 hospitalized patients. Out of this total, some 281 patients are placed in intensive care. Those patients make for 63% of the intensive care beds. Looking at the bigger picture, a field hospital at Miami Beach can provide up to 450 beds in the event of a severe COVID-19 outbreak. Mayor Gimenez also covered this subject in his statement by saying: “At this time, we have plenty of beds, but some hospitals are experiencing staffing shortages.”

Elsewhere, in Nevada, wearing a mask was made mandatory back in mid-June. An order by Governor Steve Sisolak said that all Nevadans and guests of the state must mandatory wear a mask when visiting public places. 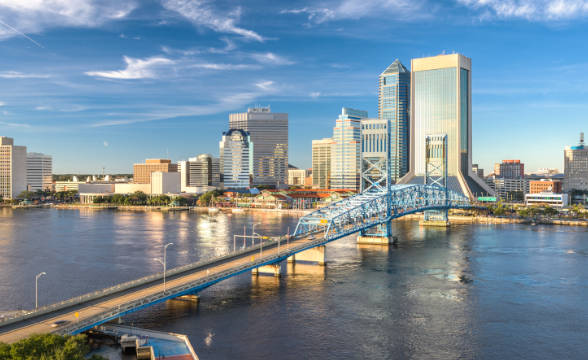