Casinos’ and other games of fortune operators in Macau’s number of submitted suspicious transaction reports (STRs) for the first half of 2020 fell significantly, showed an official report by the Financial Intelligence Office in the Special Administrative Region (SAR). The total number of reported cases for reviewing to the office amounted to 947, 31.2% down from the same period in 2019.

Reports from Gaming Operators Slashed in Half

The Financial Intelligence Office, established August 8, 2006, in response to new legislation on anti-money laundering (AML) and terror financing that required a special unit to collect, analyze and disseminate information, reported a total of 464 transactions submitted for reviewing from January to June 2020. In comparison, the number of suspicious financial transactions reported for the same period during 2019 was 966, a 52% drop in the number of STRs in H1 2020.

The SRTs numbers cannot be interpreted outside of the current business environment in Macau, where casinos are still struggling to reach the gaming revenue levels they had by the end of last year.

In February, authorities in the SAR suspended the gaming industry by ordering casinos to temporarily halt operations for at least 14 days, in accordance with the efforts to curb the gathering speed outbreak of virus infection. Gaming facilities were allowed to re-open by the end of February but despite resuming operations, ever since the $40 billion-a-year industry has been struggling.

Feeling the strong grip of the travel restrictions imposed by Chinese officials regarding travel from mainland China to the SAR, three months after re-opening, casinos reported a 93.2% drop in May revenues year-on-year, sending an industry-wide wake-up call. Some analysts were already predicting gross gaming revenues in the SAR will barely rebound during 2020, not until the fourth quarter though.

As the industry threshold for reporting suspicious transactions remained the same, $62,667, the 52% drop in the number of SRTs can be due to two main factors: first, the shorter period of operating days, as the industry was closed for 15 days in February, and, second, the lack of visitors for the second quarter due to the travel restrictions.

Another reason for the significant drop in the reported number of SRTs can be an actual improvement in the efforts to crack down on suspicious transactions by the implementation of more extensive AML practices, but there is no direct proof in the report to support such a statement.

Elsewhere, the report showed a 13% drop in the SRTs from financial institutions and insurance companies, 332 cases for H1 2020 compared to 381 for the same period in 2019, as well as a 520% jump in the number reported from other institutions, from 29 cases submitted for reviewing during the first half of 2019, to 151 for the first six months of 2020. 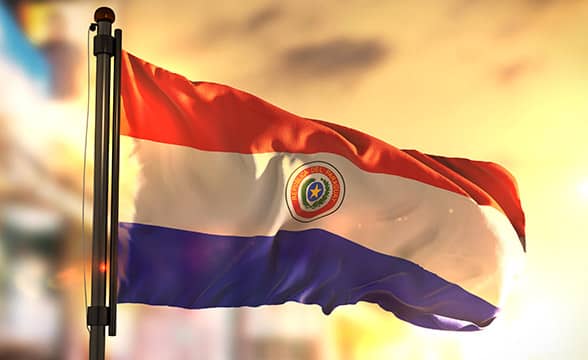 EGM Technical Standards 2.0 may not arrive in Macau as initially planned as some of the major operators are planning to request Macau’s Gaming Inspection and Coordination Bureau (DICJ) to consider a two-year deadline extension, reported Inside Asia Gaming. Industry May Ask for an Extension EGM Standards 2.0 which was published in early 2021 is […]