Australia may soon welcome a new qualified sports media outlet, with The Athletic already having set-up operations in the country in mid-January 2021.

The Athletic May Look to Expand in Australia

The Athletic is potentially looking to scale operations in Australia, bringing quality sports journalism to one of the most vibrant betting and sports markets out there. The company has filed documents with the Australian Securities and Investments Commission revealing that The Athletic Media Company Australia is already registered in the country in South Yarra, Victoria, and has been so since mid-January 2021.

From here on in, the company is already starting a soft recruitment push as The Athletic is now looking for two engineers who understand sports betting. The company’s heady success has led it to become an official media outlet partner to BetMGM, one of the fastest-growing betting companies in the United States.

In the five years, it has been operating, The Athletic has amassed 1 million subscribers and now stands at $500 million in net value, according to specialists. The outlet provides in-depth coverage across numerous sports competitions, including the NBA, NFL, MLB, NHL, Premier League, and more.

Owing to its quick success, The Athletic has hired prominent journalists from ESPN and Fox Sports to help bolster its expertise and dedication to accurate, reliable, and fact-driven coverage. The pandemic has cut jobs across leading outlets, allowing the publication to sweep in and snatch prominent names in the industry.

While The Athletic is purely a media outlet, its ties to gambling could prove interesting in Australia. Tabcorp already owns both a wagering and media division in the country, and the local betting market is valued at $4.7 billion.

The Athletic’s success is even more impressive when you consider the fact that its content is exclusively behind a paywall, meaning that people who wish to read its coverage should all agree to a subscription fee first.

The omnipresence of quality sports content has not dissuaded the outlet from pursuing this model, nor has it stopped people from subscribing for what is apparently a worthwhile service. 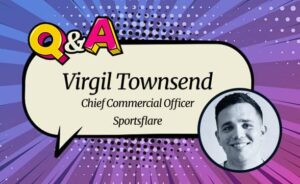