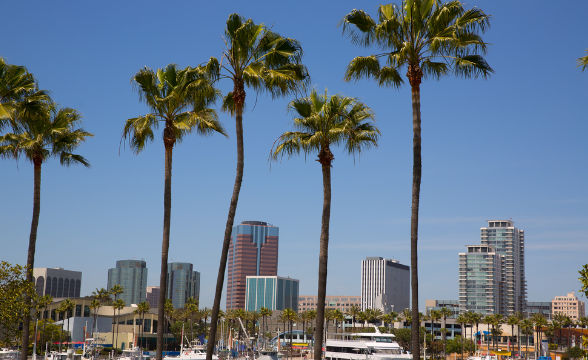 Several armed criminals have raided an unauthorized private gambling party in California, the local police reported. Luckily, no one seems to have gotten hurt.

The party took place in a private home in Riverside on Sunday night. A bunch of people had gathered to play gambling games together. Their fun was suddenly interrupted by a gang of robbers who raided the party, forcing the participants to hand over their valuables.

According to what was shared by local news outlets, the criminals wore masks and were equipped with firearms. Not much is known about the wrongdoers yet but the police continue to look out for them.

The robbers entered the Riverside residence by jumping over the fence. They took all money they could get their hands on and forced the players at the party to hand them their jewelry and mobile phones. When the raiders took what they could, they promptly fled the private home. It is not clear if they stole anything from the insides of the residence.

According to the reports, it is yet to be clarified if the robbers knew about the gambling party and targeted it on purpose or if they just got lucky.

The Party Was Not Authorized

The situation turned out to be more complex than it may seem at first glance. While the robbers are definitely in the wrong, the party hosts were not exactly innocent as well, as their gambling party turned out to be unauthorized.

Furthermore, the people at the party were reportedly uncooperative. The only person who met with the police did so around a nearby grocery store, it was reported. The police tried to contact the rest of the partygoers on the phone but most of them did not collaborate with the authorities.

Press-Enterprise later reported that following the robbery, the vice unit of the Riverside Police Department has launched a separate investigation on the gambling party itself.

This is not the only recent robbery case of a gambling venue. A week ago, Caleb Mitchell Rogers, a Las Vegas Metropolitan Police Department, appeared before the court as he was accused of participating in three separate raids on casinos in Southern Nevada. The prosecution insisted that Rogers had threatened people in the three casinos and had forced them to hand in all the money they had. It is alleged that Rogers had stolen a total of $164,000 from his three heists combined.

Around the same time, a young player appeared before the court on the account of stealing over $500,000 in Bitcoin.