Maryland’s sports betting legalization looks like a confirmed reality two weeks before the November vote, having the financial backing from the industry and the support from Governor Hogan. Current polls suggest backers of sports wagering dominate by almost two to one the opposition.

Maryland approved slot machines in 2008 and table games in 2012, and betting on sports is just another extension, claimed an industry lobbyist, pointing out the fact that the vote is happening as always along with the presidential elections to ensure a higher turnout. And besides, gaming is already in the state and people understand that and will be inclined to support it, more so when the money from it will go towards education, Sen.Craig Zucker added.

52% of likely voters will support sports betting legalization, Our Voice Maryland, a progressive nonprofit organization, found out in a poll conducted in September, while 29% will be against it. The question is how the people who said they would need more information to make up their mind, nearly 1 out of every 5 voters, would vote.

Maryland residents will have a chance to approve wagering on sports events in general, as the rest of the process lies within legislators, who will have to do a deep dive into the issue, hash out details and pass a bill through the General Assembly, a process which experience proved to be far from straightforward.

A policy disagreement was the reason for a similar bill that would have allowed betting at the state’s casinos, race tracks, fairgrounds in Timonium and the Washington Football Team’s stadium in Landover to essentially die in the House after it had passed easily through the Senate in March. The bill would have also allowed mobile sports betting through approved apps.

Legislators would still have to decide a plethora of details regarding sports betting, including whether gambling apps will be allowed, what sorts of events will be subject to wagering and will betting on college athletics be permitted, assuming the Referendum result will be positive.

Backers of sports betting have the financial backing from the two big industry boys, Boston-based DraftKings and Flutter-owned FanDuel, which pumped $2.5 million into the campaign Vote Yes on 2, to boost support ahead of the Referendum. The campaign report showed most of the money is spent on TV and radio ads and direct mail.

In their ads, the campaign focuses entirely on education, with only scant reference to gambling, a fact which is attacked by the opposition camp, whose representatives claim backers of the idea talk deliberately on school funding to hide what the referendum is all about.

Besides Maryland, 8 other states actively consider the legalization of sports betting, but most importantly, all of Maryland’s neighbors have already done that. And with technology advancements, the state is also falling behind, Senate Majority Leader Nancy J. King fears, hoping lawmakers would be able to keep pace with the industry with whatever bill they approve.

Betsson Drops 8 Brands in the UK amid Consolidation Move 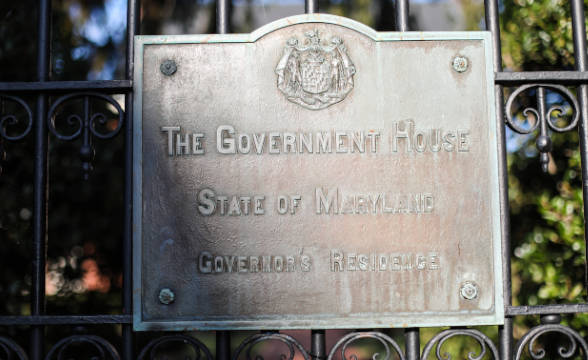 Maryland Governor Larry Hogan is getting frustrated with the delays in introducing sports gambling in the state. Now, the governor wants to see more done so that mobile sports wagering can be up and running in time for the new National Football League season this September. Whether officials move as quickly though is another matter […]

FansUnite has had its Entertainment American Affiliate service licensed in Maryland.  As a result, the company will be able to begin providing marketing growth opportunities for licensed sports betting companies in the state. The license, which has been handed down by the Maryland Lottery and Gaming Control Commission, is the one that ultimately allows brands […]

Maryland’s land-based sports betting segment continues to expand at an even pace; however, the expected launch of online operations is taking longer than anyone had anticipated. The Sports Wagering Application Review Commission (SWARC) has been moving at a turtle’s pace with all approvals, but the delays may not be entirely its fault. Apparently, a lack […]

Casino Kidnap Caper Ends in Jailtime for One of the Criminals

A man kidnapped from a casino in Maryland last year is still recovering from the incident. However, he will get a little satisfaction watching his abductors head to jail. The US Attorney’s Office of Maryland announced Friday that a DC man had pleaded guilty to participating in the kidnapping and subsequent robbery of the victim. […]

A Bill in Maryland Proposes Slot Machines at BWI Airport

An elderly man is dead after what should have been an average day at a Baltimore, MD, casino. Clarence Buckner reportedly had a good night at the slot machines, making him a target for criminals. He was followed home, where he was attacked and murdered in cold blood. The assailant is still being sought by […]

New Maryland Bill Would Keep New Sportsbooks Away From Stadiums

A new Maryland Senate bill could bring about major changes to the sports betting market in the state. Senate Bill 297 (SB297) was sponsored and supported by Senators Ron Young and Michael Hough and would set new rules for Maryland’s Sports Wagering Application Review Commission (SWARC) to issue sports betting licenses. The legislation is likely […]

One month after Maryland’s five casinos were given the green light to offer residents sports betting services, the industry proved to be a massive success as the facilities reported a total of $16.5 million in bets. Out of those, the state kept $469,297, which will go to various public education programs. Maryland Sports Betting Was […]

On Wednesday, Maryland Sports Properties, owned by Playfly Sports, revealed that it had signed a multi-year partnership with PointsBet USA. This is an inaugural partnership for the betting industry, as PointsBet is the first operator to team up with the Big Ten Conference. This alliance will lead to fan-facing in-game and campus activations, as detailed by […]