Playtech, a company that provides leading solutions and content for the gambling industry, announced it expanded its existing collaboration with Mansion in Ontario.

The company revealed that Mansion launched its services in Ontario via Mansion Ontario Holdings. The launch solidifies the operator’s presence while at the same time expanding the duo’s strategic collaboration taking it to a new level. According to Playtech, Mansion has gone live with its leading brands Mansioncasino.com and Casino.com, leveraging the company’s “IMS platform will deliver a complete online backend solution, providing an industry-leading offering.” The latest collaboration builds upon a strong existing five-year extension deal between the duo that dates back to 2020. Now, thanks to Playtech’s leading technology, Mansion will benefit from a complete backend solution.

“Mansion are extremely proud to be approved by AGCO and iGO to operate in Ontario.  Ontario reinforces our focus on expanding our regulated footprint across global markets.“

Chris Block, Mansion’s group president and chairman, said that receiving approval to operate in Ontario from the province’s gambling regulator, the AGCO, marks an important milestone for the company. Moreover, he pointed out that the launch in Ontario complements the company’s expansion to new jurisdictions. According to Block, the company’s two brands will be well-received by Ontarians while at the same time will promote safer gambling entertainment.

Playtech Continues to Expand Its Reach

Shimon Akad, Playtech’s COO, added that reaching new jurisdictions and expanding its product reach to new players is a constant goal for the company. He acknowledged that Ontario is a strategic market for Playtech and said that the company is excited to launch its services with Mansion. “But, more importantly, this announcement demonstrates the strength of our partnership with Mansion, which we’re excited to evolve and further strengthen our partnership in the future,” said Akad in conclusion.

“We are delighted to have launched with Mansion in Ontario, a key market for the gambling community and us.“

Besides its deal with Mansion, Playtech recently unveiled a senior-level team change. The company announced that its chief financial officer (CFO), Andrew Smith, decided to step down due to personal reasons. As a result, Playtech selected Chris McGinnis to fill in for Smith’s position. Previously, McGinnis was the company’s deputy CFO. According to Playtech, Smith will remain in his position until November 28, 2022. 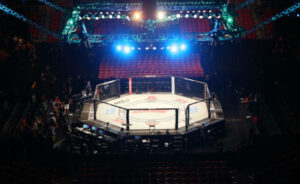