Kindred Group, a global holding operating several gambling and sports betting brands, has launched the Gamban software in France. The acclaimed solution allows players to effectively opt out of gambling.

As a leading gambling operator, Kindred realizes the importance of sustainability. As a result, the company’s “Journey to Zero” initiative seeks to make sure that the operator takes as little money from problem gamblers as possible. The Gamban software, which Kindred promotes, is a testament to the operator’s care for its players.

Kindred no announced that its flagship brand Unibet will launch Gamban in France. Starting November 10, a fully-localized version of the software will become accessible to players in the country. French problem players will, therefore, be able to download Gamban and use it to block all iGaming sites on their devices.

Gamban didn’t originally have a French localization. The new fully-localized version exists entirely thanks to Kindred, which funded its development. Kindred will, therefore, become the first operator that offers Gamban in France. Combined with the operator’s in-house safer gambling tools, Unibet will seek to make gaming and sports betting a safer experience for all of its customers.

Thanks to Gamban, players can get back in control of their own lives, eliminating the dangers of irresponsible gambling. While France already provides players with ways to exclude themselves from the 17 licensed operators, the Gamban solution is much more all-encompassing and blocks unlicensed sites as well.

Gamban Is Impressed by Kindred’s Commitment to Safer Gaming

Gamban’s VP of partnerships, Stephen Aupy, said that his team is very excited to join Kindred on its quest to curb gaming harm. Aupy praised Kindred for its dedication to safer gambling, as well as its decision to help Gamban launch in France. The VP noted that this means customers in the country can now use the robust blocking software to protect themselves from harm. Aupy concluded that this shows Kindred is truly committed to sustainability.

Meanwhile, Kindred Group’s general manager for France, Mathieu Drida, said that his company wants to make sure gambling is a fun source of entertainment. To that end, the operator must ensure that gambling is safe for all participants and that no customer experiences gambling harm. This is why Kindred wants to always provide customers with the tools they need to play safely.

This is what the partnership between Unibet and Gamban is all about, and we encourage all gambling operators to adopt this solution in order to make it more widely available in France.

In other news, Kindred just boosted its social media presence via an agreement with Sportradar. 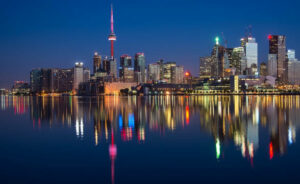 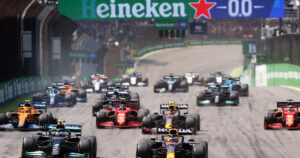